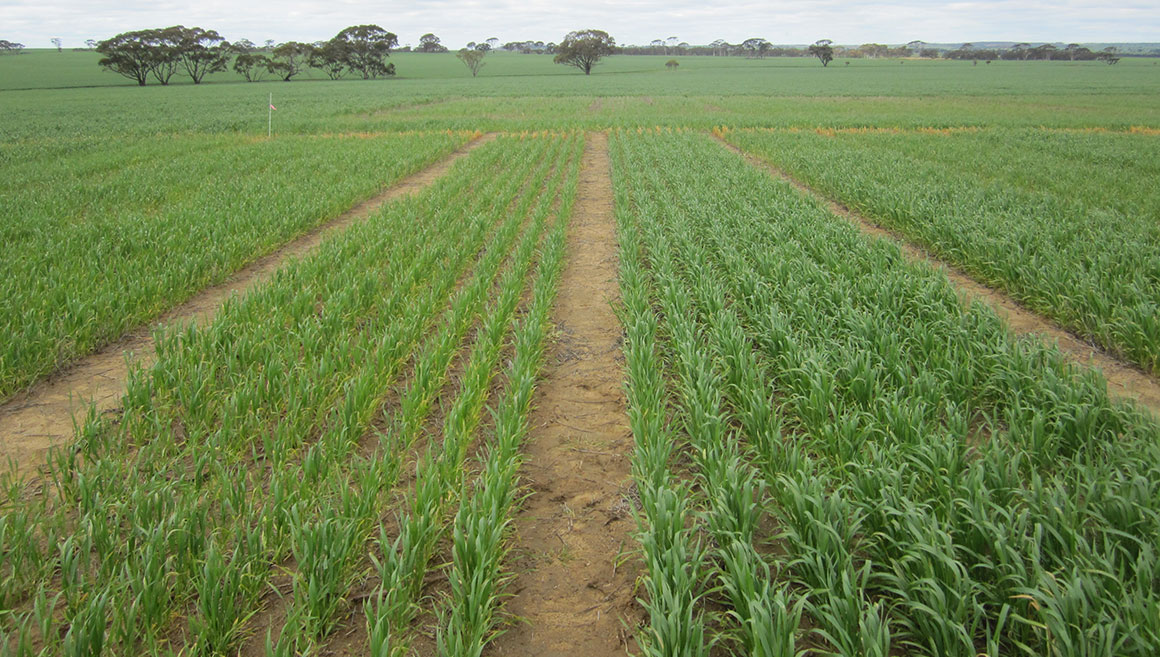 10 Oct, 2017 · By James Easton, Senior Agronomist
It seems there is renewed concern about whether we’ve got trace elements covered. Last month, I was invited by the Liebe and Facey Groups to talk on the topic.

Our experience with trace elements is drawn from many years of field trials, plant test results from those trials and what we see from samples sent in by growers.

Without plant tests, we are shooting blind. We are relatively successful in identifying trace element responsive paddocks for trials because we use plant tests as a guide. Using plant tests, we were also successful in selecting responsive sites for the recent GRDC funded project comparing trace element strategies.  Trials have shown that soil applications of copper (Cu) and zinc (Zn) are more effective when applied in a liquid stream, but granular manganese (Mn) applications (of sulphate based products) are a better bet than liquids - whether at sowing or onto the crop. But do we need to be applying trace elements?

We have not run into trace element deficiencies in 35 trials with the Liebe Group over our 20 year involvement with the group. Plant tests submitted by farmers from the Dalwallinu and Wongan Ballidu shires over the last 5 years reveal that less than 2% of wheat samples have had potentially limiting levels of Cu, Zn and Mn. Trace element deficiencies have been similarly rare in samples sent in from shires represented by the Facey Group, but there were two farmers had several low results in one of those years. I don’t know those two farmers, but if those deficiencies weren’t corrected, the financial ramifications would likely have been significant.

With liming programs progressing, we’re going to have to monitor the availability of trace elements, and Mn in particular. There have already been anecdotal reports of Mn becoming more widespread following repeated lime applications.

There is no doubting the importance of trace elements, but once adequate, there is no benefit from applying more. We just need to make sure we’ve got them covered.

A foliar copper spray enabled the plot on the left to yield 2.2 t/ha; the untreated plot on the right only yielded 1.2 t/ha.

Yield might be king but crop yields don’t tell us whether we are using fertilisers efficiently. To do this we need to look at how well nutrients are making their way into the plant.