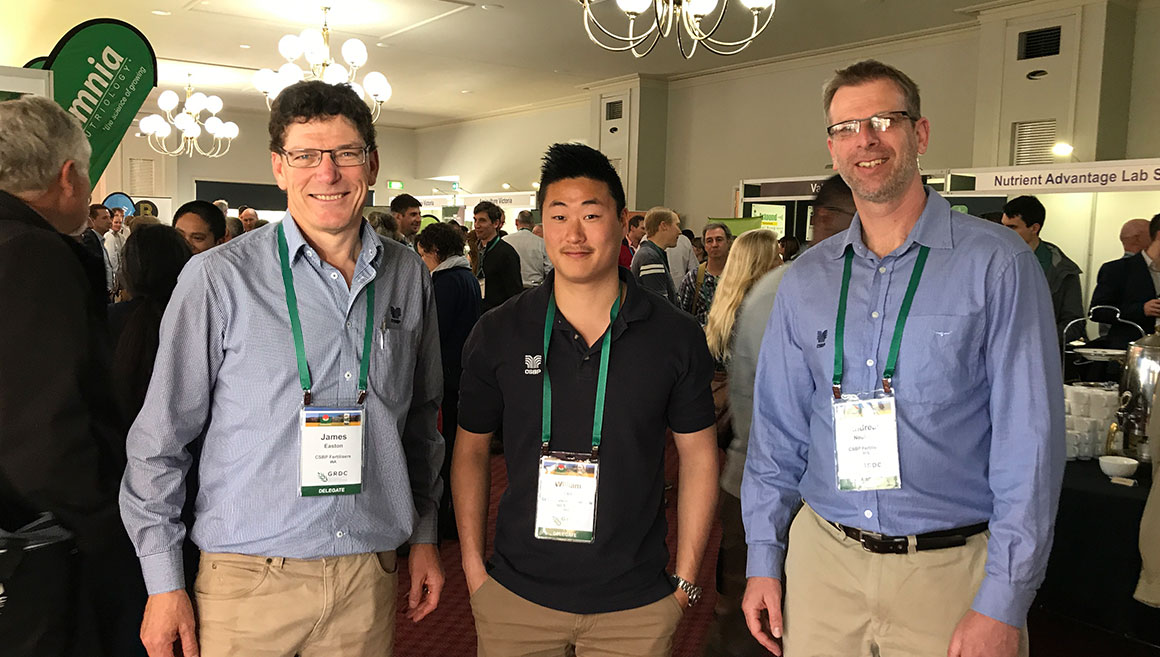 In September, I attended the 18th Australian Agronomy Conference in Ballarat. The theme for the conference was ‘doing more with less’.

On the nutritional front, there was a lot of attention paid to nitrogen (N).

John Kirkegaard from CSIRO in Canberra talked about our growing reliance on N fertiliser. In the absence of legume- based pastures, mineral N from organic sources have been declining.  Although no-till cropping and stubble retention can build coarse soil organic matter (i.e. plant residues), at best it can only maintain, rather than increase the stable soil organic matter fraction. This source of N must be replaced with other legume or fertiliser N sources.

In recognition of the increasing reliance on N fertiliser, there was a great panel session on the opportunity for increasing nitrogen use efficiency by banding. Experimental results from banding trials across North America and Australia (including our own) were presented. Recent research into the benefits of banding N post seeding through mid-row banding looks very promising. If mid-row banding has a place in WA, it is most likely to be where we need high N rates, there is high risk of leaching losses and stubble loads are high.

But we could also reduce our reliance on N fertiliser by growing more legumes and/or more productive legume crops and pastures.

Perry Dolling from DPIRD surveyed 21 paddocks with a range of management histories on properties around the West Kendenup/Cranbrook localities. Perry concluded that sub clover pastures in at least this part of the State were in a healthy state and fixing enough N to support crop production.

For every tonne of legume biomass 20kg N is fixed per hectare.

Results were not so positive from another survey in Central and Southern NSW. Of 225 predominantly sub clover dominant paddocks surveyed, 90% or more of all paddocks had inadequate nodulation due to sub optimal pH and nutrient deficiencies. The most limiting nutrients there were phosphorus (P) and sulphur (S).

In WA, potassium (K) deficiencies are also likely to be widespread. But we also need be applying lime to lift pH levels above 5.5 to maximise nodulation.

Strong livestock returns and increasing reliance on N fertiliser in cropping programs should be motivation enough to improve our pastures.  However, where we’re cropping without legumes, we will have to get better at targeting our N fertiliser more efficiently.