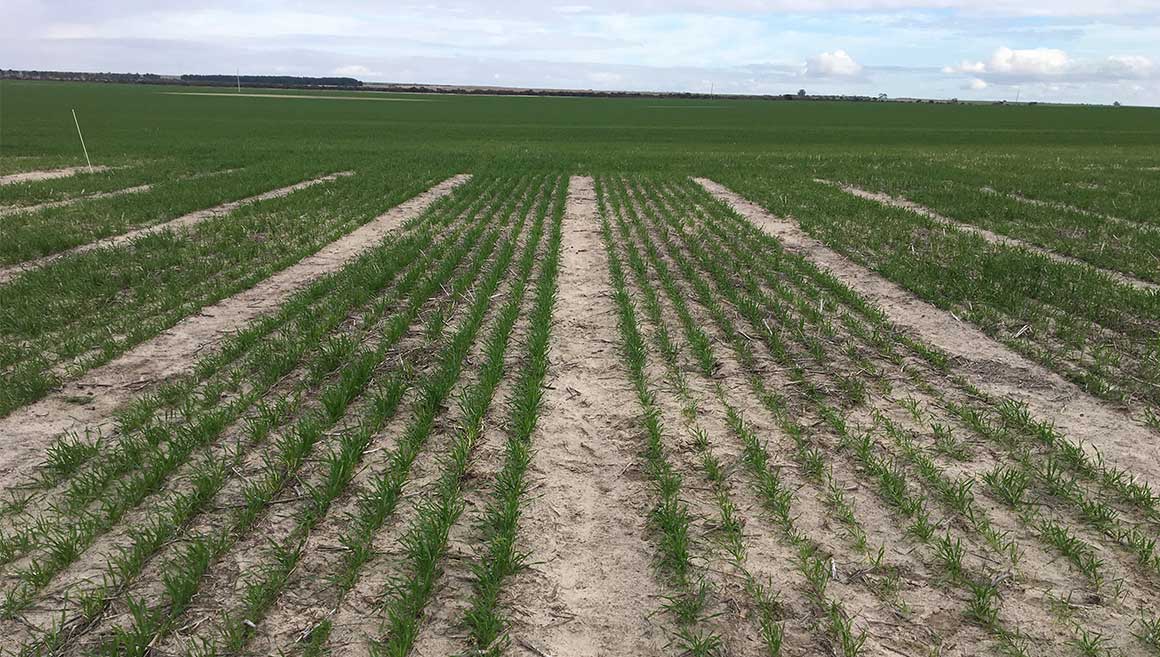 10 Jul, 2018 · By Scott Nelson, Agronomy Lead
2018 has definitely been a different year compared to the last three to four years. While we have gained good subsoil moisture from the summer rains, the lack of decent follow-up rain has meant that crop emergence has been staggered across the district. This coupled with some major wind events has meant some areas had to be reseeded in the last few weeks. While it has been a hard start across the district most areas are still tracking okay. With a favourable finish to the year there is still potential to achieve a good yield.

All of the CSBP trials in the area are now seeded and most have emerged in the last 10 days. CSBP currently has eight trials listed below:

While it is still early we have seen some early responses in some trials:
Lime x potassium – Early plot rating has shown that the early vigour and uptake of banded potassium in the K-Till fertiliser range is just as effective as multiple years of high rates of MOP top-dressed. This can be even more so in drier years due to the placement of the compounded NPK  in the wet furrow where the roots are actively growing and taking up nutrients. 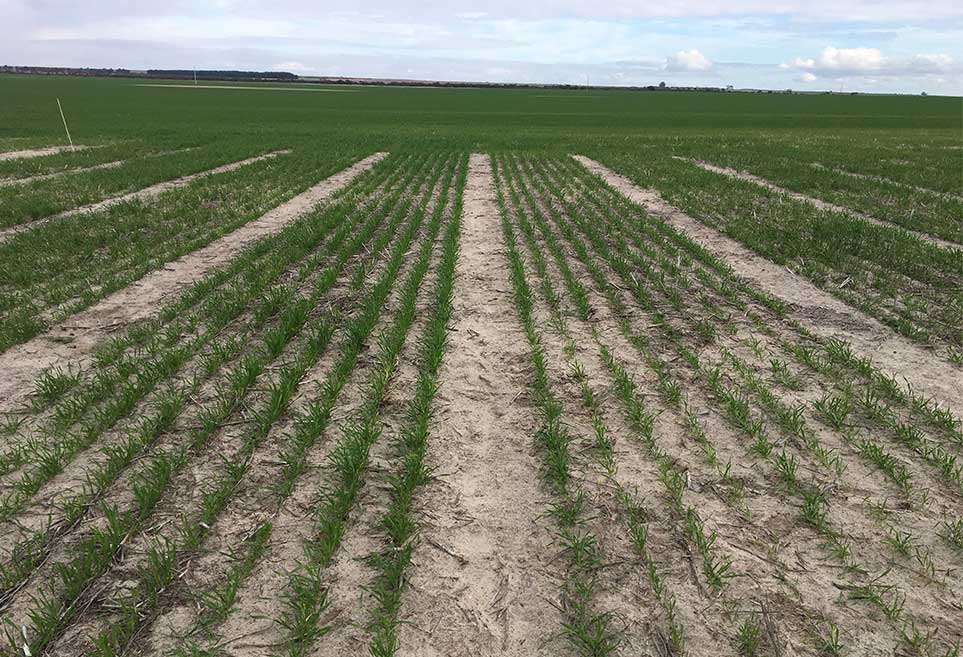 Pasture strategies – This trial was set up to look at fertiliser and ameliorant use in re-establishing pastures. Early observations are showing that nothing replaces phosphorus (P) for good establishment and vigour, as all plots that were top-dressed with 215kg of Super Phos Extra (19P) are far outperforming those that weren’t. This highlights the importance of sufficiently fertilising your pastures prior to the break of the season for them to perform to their best. Supplementing Super Phos Extra with Lime to sort out the low pH levels (0-10cm 4.7CaCl, 10-20cm 4.3CaCl) has not produced any more pasture compared to nil. This may change of time as the trial continues. 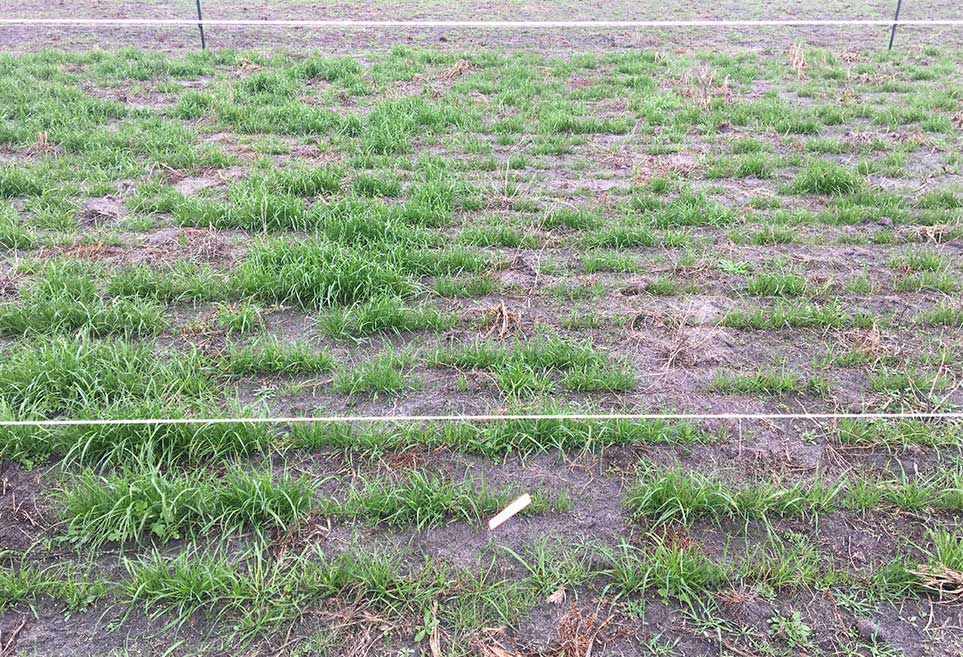 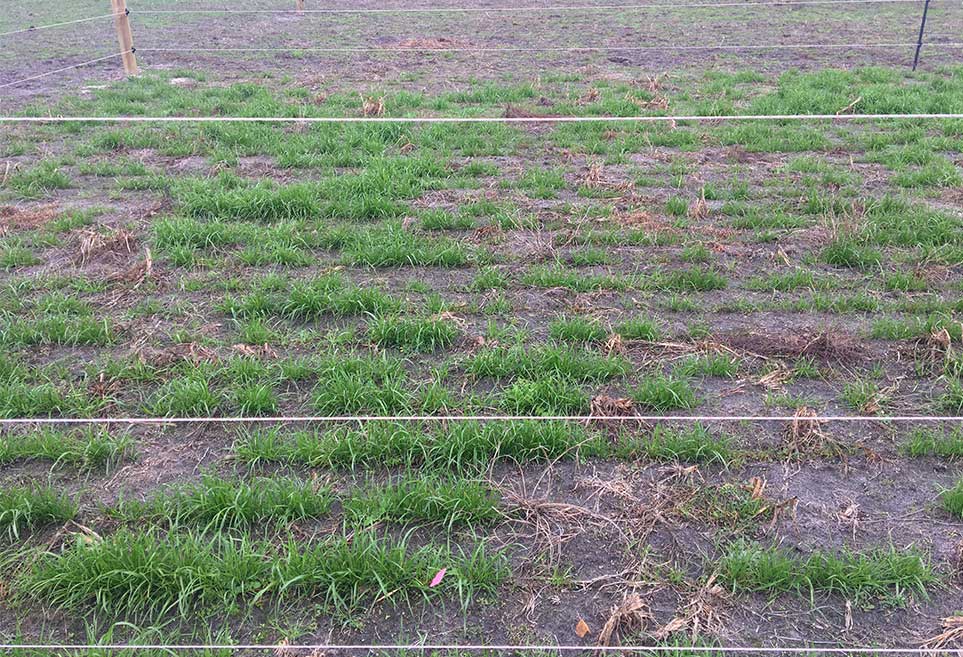