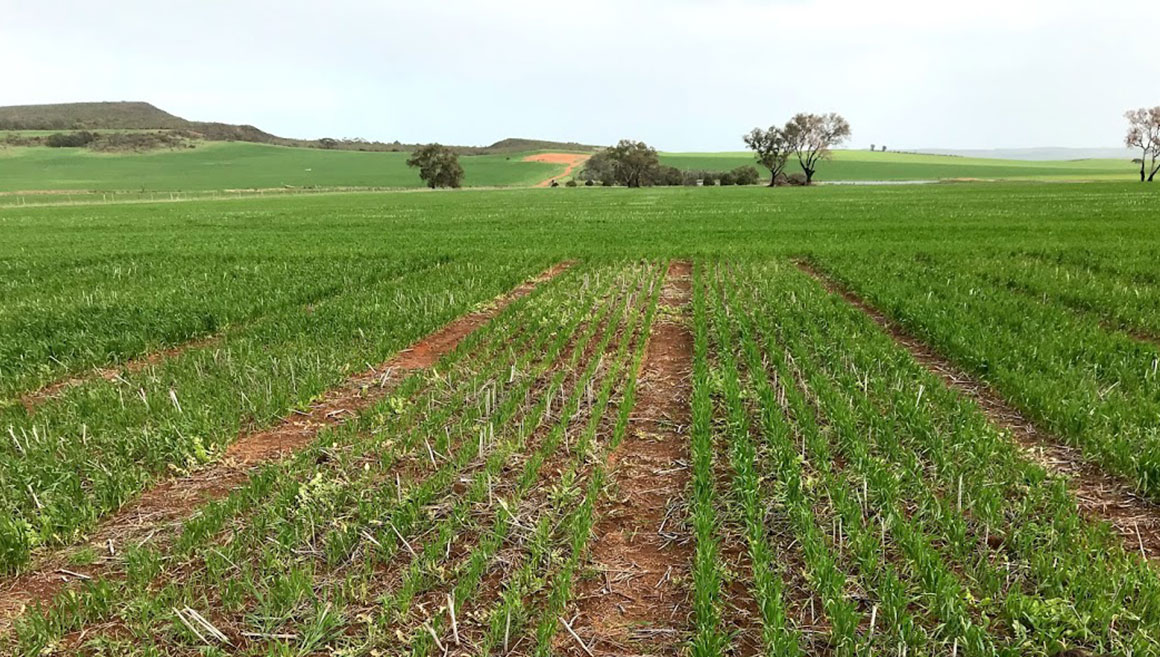 Phosphorus (P) is often referred to as the building block or foundation of good plant nutrition. P plays a vital role in photosynthesis in the plant and promotes early root formation and growth. Without a good supply of P early head length in cereal crops can be reduced, seedling vigour and root growth can be reduced and a crops yield potential can be capped. Inadequate P supply can also slow down the crop's maturity thus increasing yield penalty risk at the end of the season due to drying conditions or frost.

P is taken up by the plant via a process called diffusion. This process is highly reliant on adequate soil moisture to allow P in the soil to remain in solution and be used by the plant. In dry situations the emerging seedlings will tend to rely more heavily on fertiliser P applied at seeding time.

A joint partnership between CSBP and GRDC started in 2018 and is to be run over the next four years. The trials will look at P nutrition to determine the ideal P rates over a variety of different soil types across WA. Each year CSBP will manage five P rates trials in partnership with GRDC as a part of this project. The 2018 P trials are located as follows:

Observations throughout the year across these trials have highlighted the value of good P nutrition especially in a dry start as experienced this year, regardless of yield potential.

Dandaragan observations:
The P trial in Dandaragan had soil P levels of 15 with a PBI of 32. Early observations in July showed good responses up to 40 kg/ha of P.

Figure 1 highlights the increased plant vigour, plant size and tiller numbers as P rates are increased from 0kg/ha P up to 20 kg/ha P. 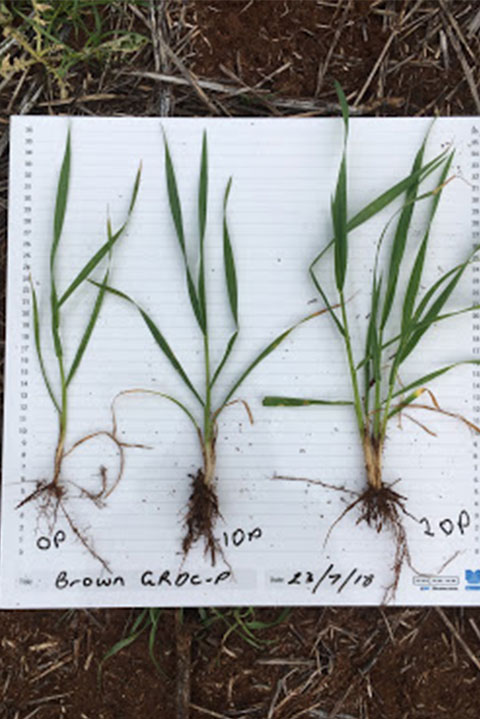 Figure 2 highlights the visual difference between 0 kg/ha of P and 10kg/ha of P. 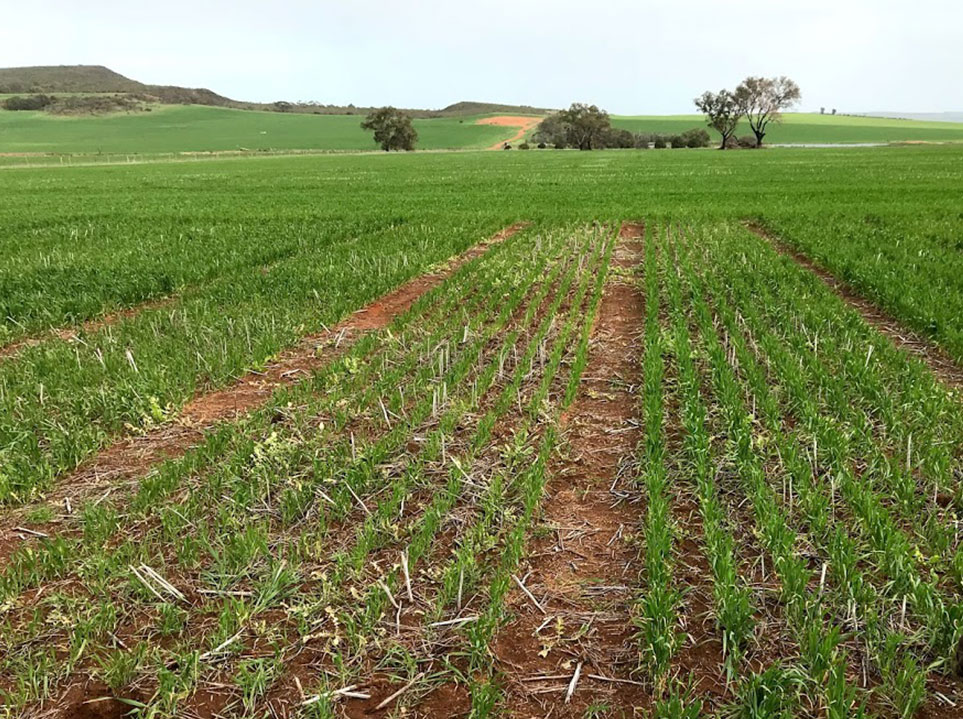 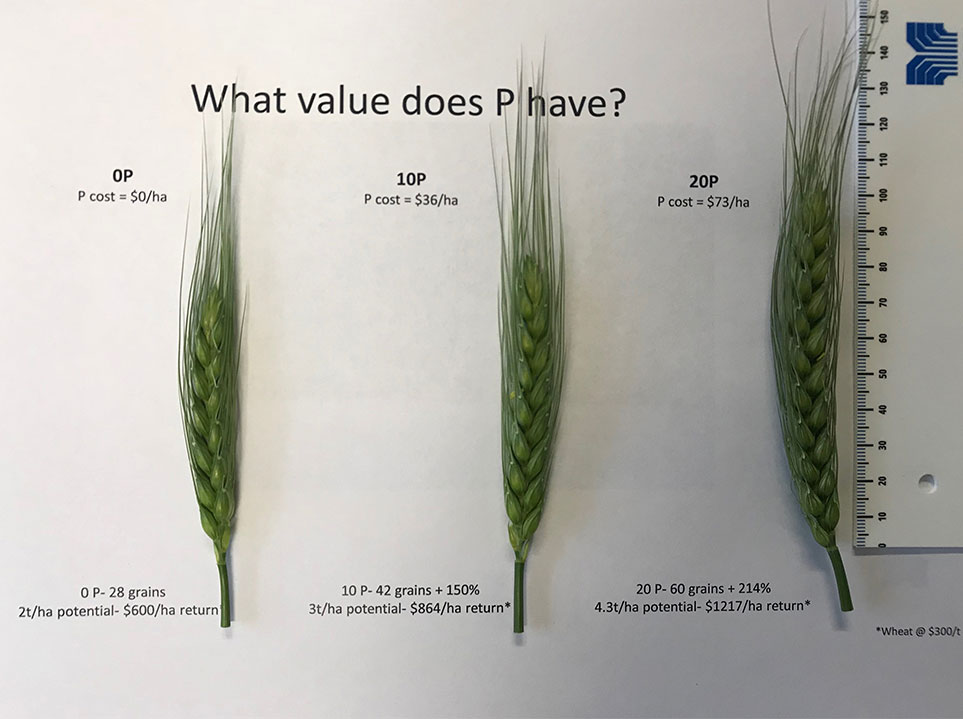 Mt Madden observations:
The P trial in Mt Madden had soil P levels of 14 with a PBI of 23. Observations mid-season again showed good responses up to 40kg/ha of P even though yield potential at this site was a lot lower than the Dandaragan P trial.

Figure 4 highlights the reduced plant density with 0kg/ha of P compared to 10kg/ha of P in Figure 5. 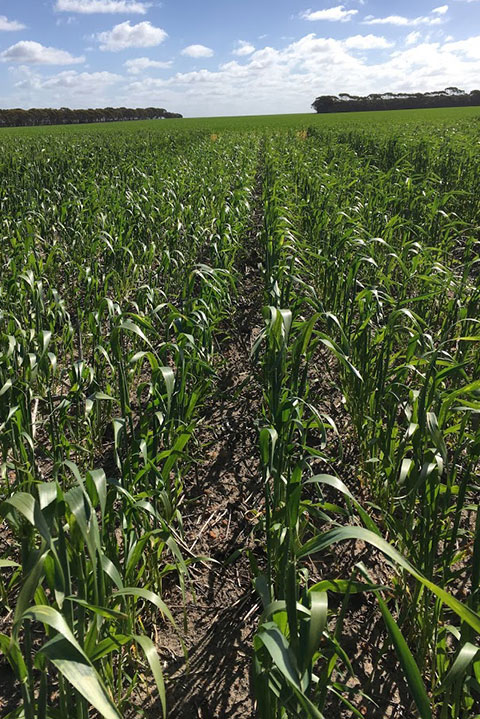 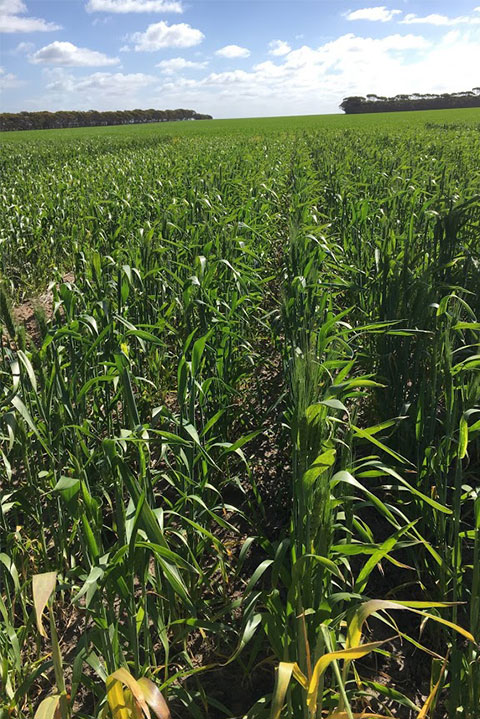 Observations in September also highlighted the delayed maturity of the lower rates of P as highlighted in Figure 6. 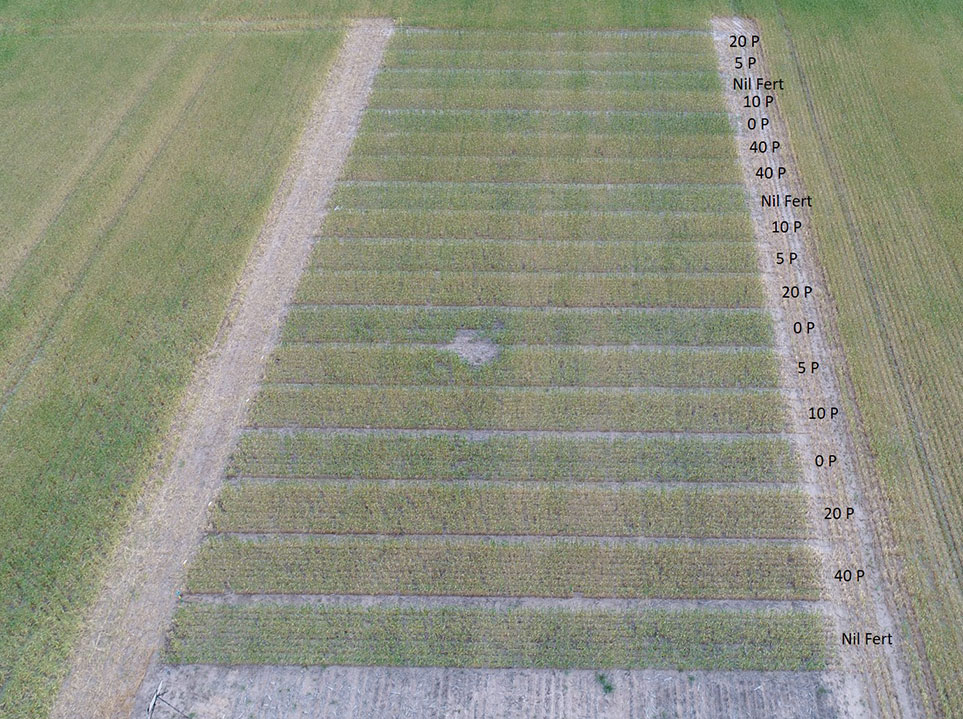 At the time the photo was taken (18 September) the higher P treatments were already at half grain fill whilst the lower rates of P had not yet started filling. This has opened the crop up to the risk of trying to fill heads with limited rainfall on the horizon throughout September and October.

This trial also experienced a severe frost event in mid-August which appears to have impacted the low P rates more than the higher rates. Frost induced sterility counts are currently been carried out to determine the potential impact of the frost.