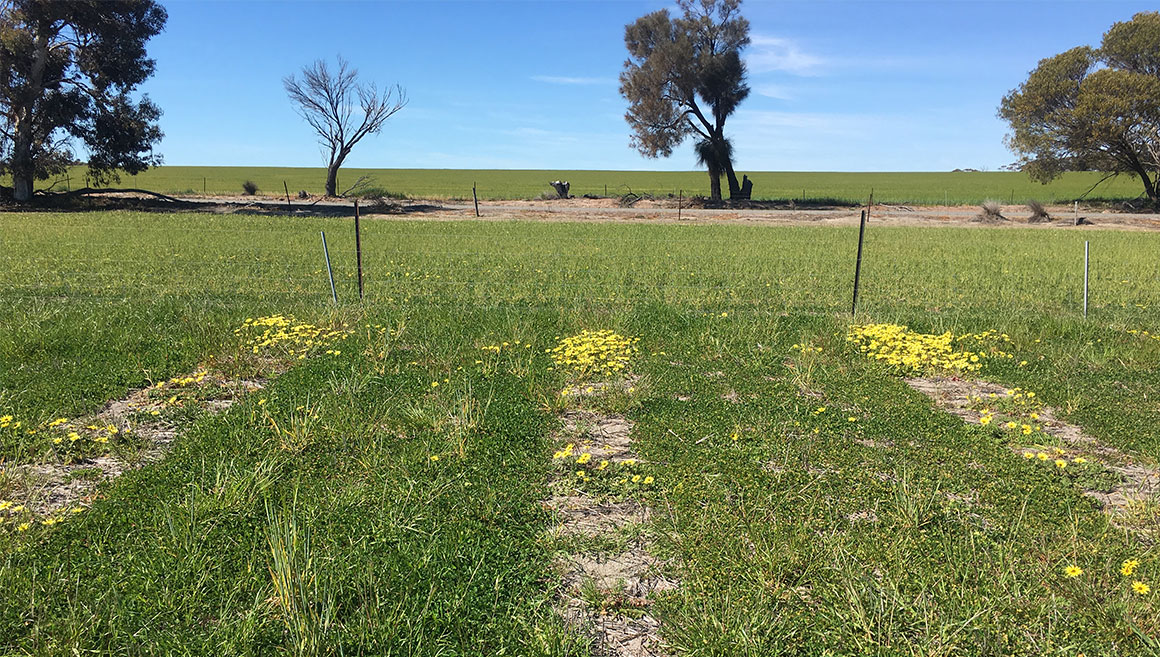 Renewed focus on improving sub-clover based pastures in CSBP trials

In the good old days CSBP did a lot of pasture trials – back when pastures were more common and we ran a lot more sheep. Those trials generated a lot of knowledge and benefited many across the industry.

In most areas, sub clover still underpins the pasture system, but they are underperforming due to a range of factors. Soil acidification and under-fertilisation are two of the major factors.

Pastures should be treated like a crop – and why shouldn’t they be, given the high sheep and wool prices.

We have taken a multi-factor approach in setting up two ‘Omission’ trials this year at Brookton and Woodanilling.

Both trials are assessing the benefits of lime, Super Phos Extra and potash, and re-inoculation to a re-sown sub clover pasture.

Soil tests indicate that potassium (K) will be the most limiting factor at Brookton, and soil acidity and phosphorus (P) at Woodanilling (see table).

The Brookton site has been cropped the last 10 years, and the Woodanilling site is in it’s second year of pasture following three years of cropping.

Both trials established well following sowing into moist soil on 30 May. Root nodulation was rated as adequate at Brookton but only moderate at Woodanilling – in line with the pH test results from both sites.

To date, neither site has shown a shoot biomass response to lime or inoculant, but responses to lime are expected in future years.

At Brookton, plant tissue tests in August highlighted severe K deficiency and marginal P. Autumn top-dressed potash appeared to be inadequate, so potash was re-applied. Responses to Super Phos Extra and potash began to appear in September. We haven’t seen any responses to fertiliser at Woodanilling, but tissue tests indicated that P and K are marginal. Trace elements at both sites are adequate.

The benefits of the lime and fertiliser applications to improved soil fertility and production should become more obvious over time.

Nodulation without re-inoculation at Brookton 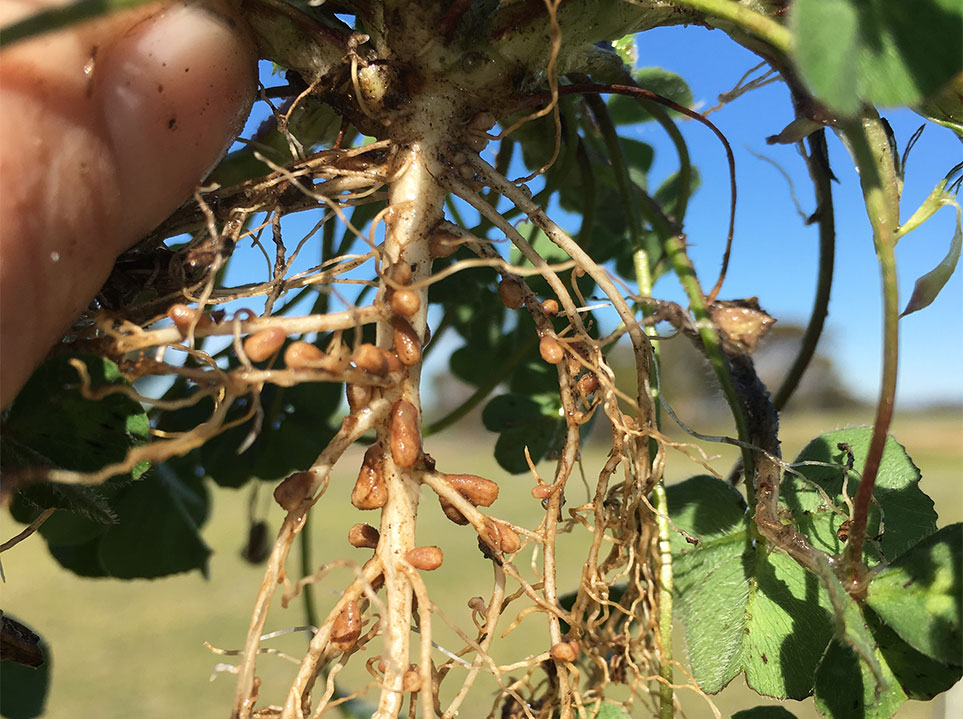