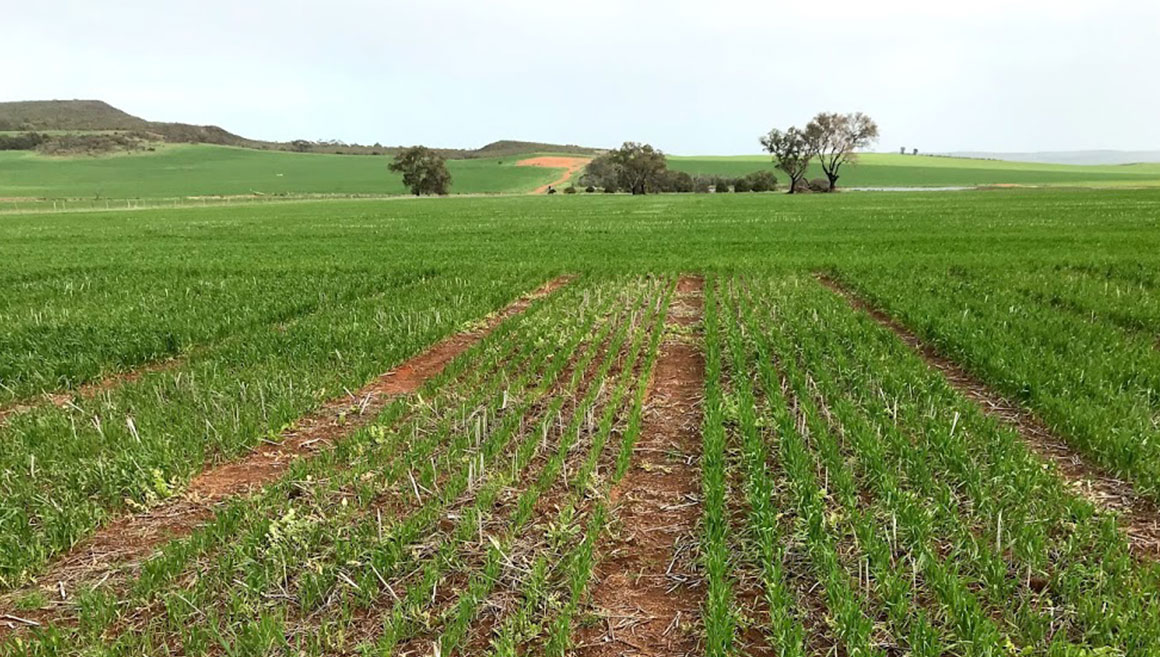 During this season CSBP trialed different granular phosphorus (P) fertiliser products and rates on very P deficient sites in Dandaragan and Trayning to answer which kind of fertiliser returns the best profit and why. The symptoms of P deficiency are well known, such as P plays a vital role in photosynthesis and therefore shows up as leaf chlorosis/necrosis, reduced root (and shoot) growth and vigour, less tillers, delayed plant maturity, smaller heads and lower yields.  It is also known that P is therefore required especially during the early growth stages, that plant roots take up P via diffusion along a concentration gradient from soil to root and thus P needs to be in soil solution close to the young roots. While inadequate P supply can rarely be rectified with P applications during the season, as P is immobile in most of our soils and needed early to meet plant demand, fertiliser P at seeding has to be placed effectively and in a high enough concentration. So, given that WA is sowing earlier and experiencing more frequent drier starts to the season, which P fertiliser is up to the task?

Our results suggest that at current fertiliser costs Agras (9.1 P) financially outperformed the higher concentrated MAP (22.8 P) product in Trayning and Dandaragan at the same P rates. Furthermore Agras was giving a return that was either better, or statistically not worst than double the MAP rates or even higher MAP rates. 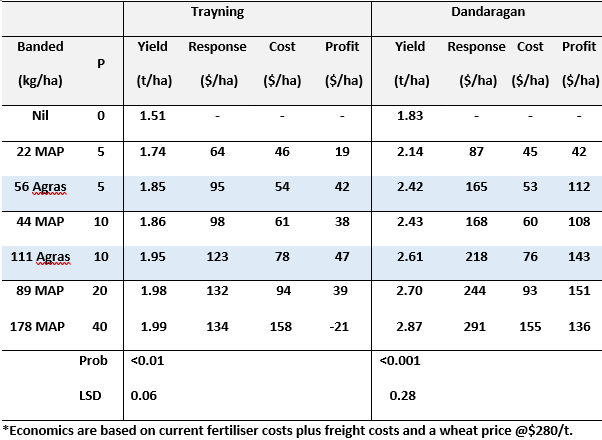 In dry conditions such as those experienced at the start of the 2018 season the emerging seedlings relied more heavily on fertiliser P applied close to them at seeding time. In these situations the distribution of P applied in the drill row becomes critical, more crucial than the P concentration of the fertiliser. When comparing the same rates of P fertilisers below 40kg/ha, those fertilisers with poor distribution of P in the drill row displayed yield reductions. We received a 0.5 t/ha response to P at Trayning and a 1.0 t/ha response at Dandaragan. At Trayning, there was a 0.11 t/ha yield advantage (at 5 and 10P) from using Agras instead of MAP – differences that were statistically significant. At Dandaragan, Agras produced 0.28 t/ha more yield at 5P (which was also statistically significant), and indications were that Agras was also a better choice for 10P. While there were upfront cost savings with using MAP compared to Agras, the better distribution of P achieved with Agras resulted in both significant yield increases and increases in profit per hectare. These results are supported by previous CSBP trials and other research that have highlighted the cost associated with poor granule distribution at low P rates. 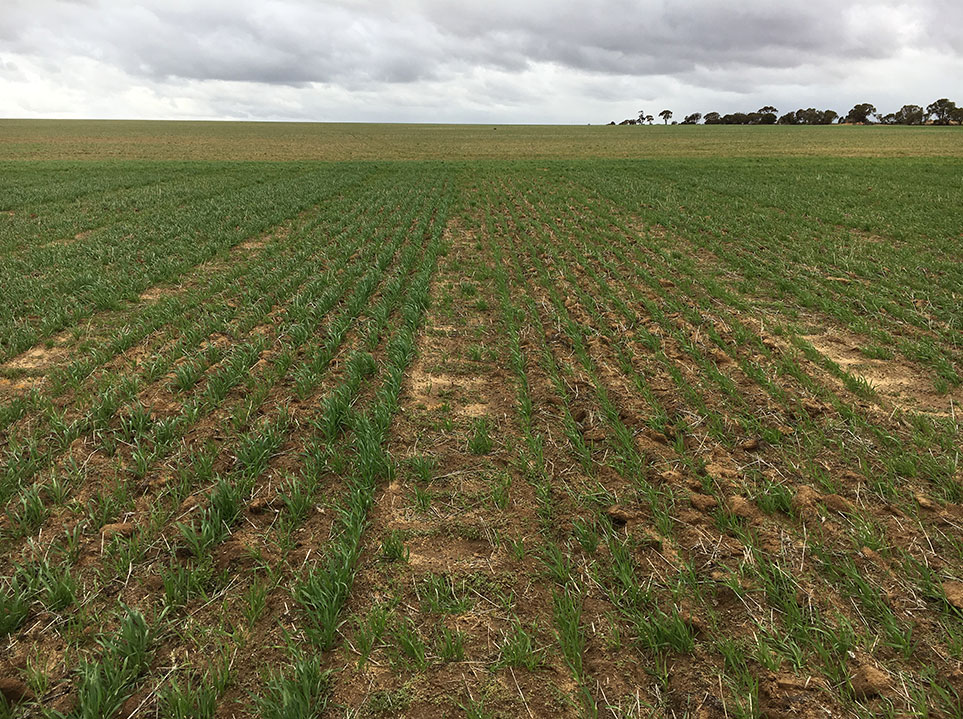 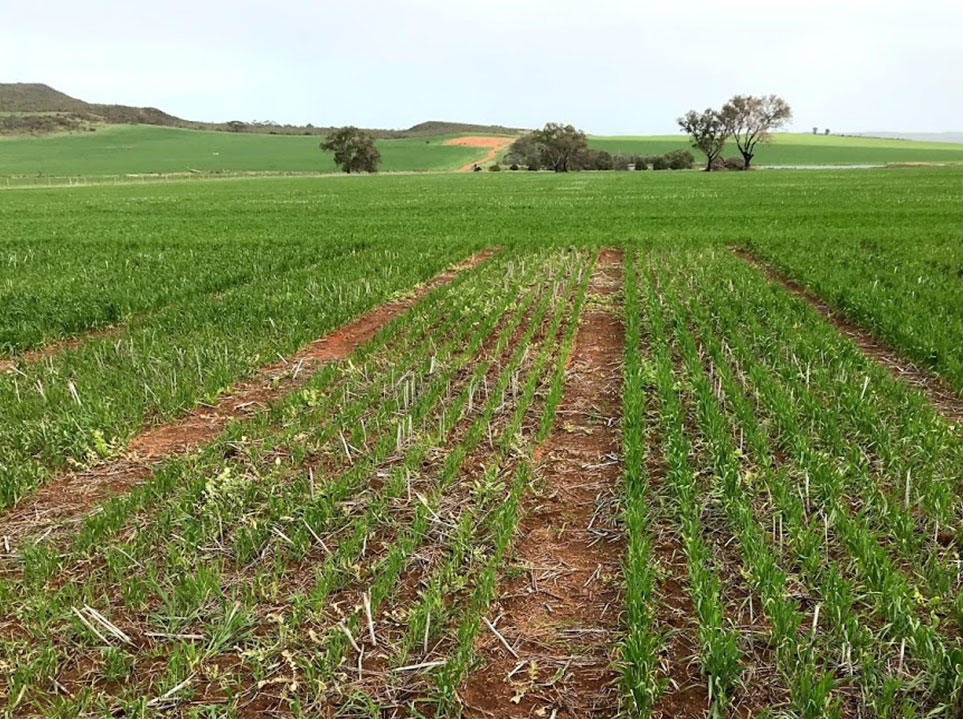 Dandaragan: 0P on left vs. 10P as Agras on right