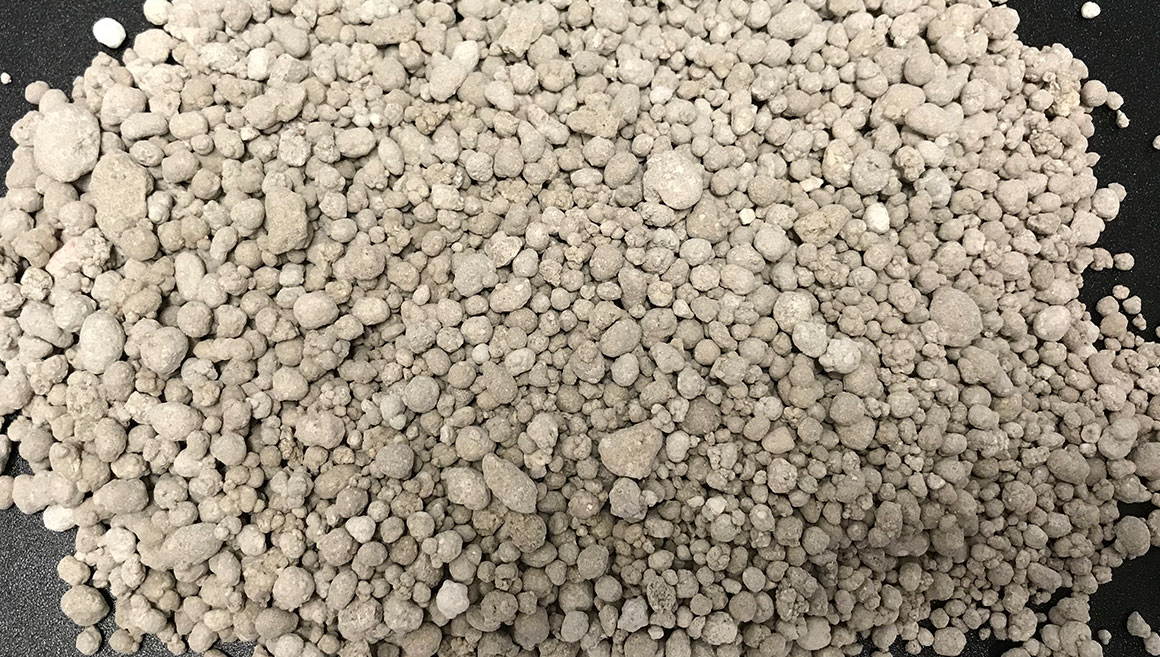 Growers can now order a higher quality Super SR Extra product, which has improved on handling characteristics, such as granule hardness, granule size uniformity and dust reduction. This new manufacturing process is changing the nutrient composition slightly (Phosphorus (%) from 8.3 to now 9.5; Sulphur (%) from 10 to now 9.4) without affecting the leaching risk of those nutrients. These quality improvements and product advantages (at comparable fertiliser costs to the old Super SR Extra) are worth going through in a little more detail.

Creating an environmentally friendly Super Phosphate fertiliser whilst maintaining high quality handling attributes has been a challenging endeavour. Until recently Super SR Extra was manufactured with a lime feedstock component to assist the low P water-solubility benefit, reducing the risk of P leaching through the soil profile. Whilst successful, the side effect was lower granule strength compared to regular Single Super Phosphate (SSP) fertiliser, which is 80% water soluble, and a subsequent higher dust percentage. Through this new process of refining and reformulation we have improved the Super SR Extra quality, raising it to regular SSP standards with similar handling characteristics. More importantly, we maintained a similar P water-solubility content (about 50%) as per the old Super SR Extra.

While Super Phos currently is the dominant pasture fertiliser throughout the state, Super SR Extra was developed by CSBP as a sustained release alternative for sandy soils in higher rainfall areas where the risk of P leaching is high and hence productivity and environmental gains would have to come from keeping the P for longer in the shallow rooted soil layer of subterranean clover based pastures. Past CSBP trials of low water soluble P fertilisers in the Busselton area showed equivalent dry matter increases and P uptake when compared with Super Phos applications with the likely advantage of less P being leached out of the root zone. The new Super SR Extra product is expected to perform even better and to become the preferred pasture fertiliser in the higher rainfall zone. 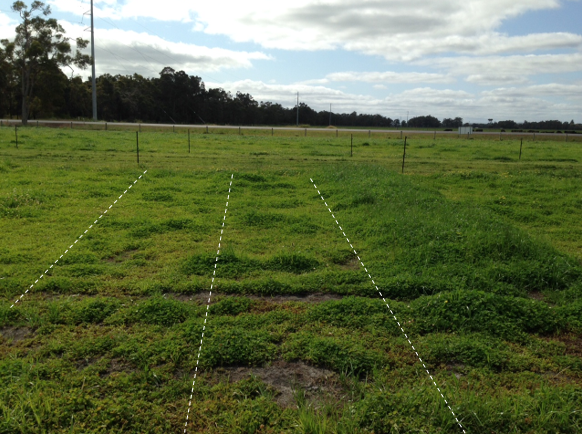 As a reminder, copper (Cu) and zinc (Zn) need to be applied evenly over the paddock so that trace amounts applied are available to individual plants (mainly subterranean clover plants, less relevant for grass species). CSBP’s Super SR Extra is ideal for effective spatial distribution, given the range of particle sizes is now similar to Super Phos and the incorporation of trace elements into every granule occurs during the manufacturing process. From a sheep perspective, copper is an essential trace element for healthy body and bone growth (including pigmentation and wool growth). Copper deficiency can occur or be induced in rapidly growing grass dominated pastures or in low Cu soils or in limed soils, which increase molybdenum (Mo) as the pH rises. Zinc is stated by DPIRD as the trace element that is “deficient in many soil types” (“Micronutrients (trace elements) for high rainfall pastures, by Robert Summers, Nov 2018). Thus the new Super SR Extra has the added bonus of better supply of essential trace elements to pastures to produce healthier livestock.