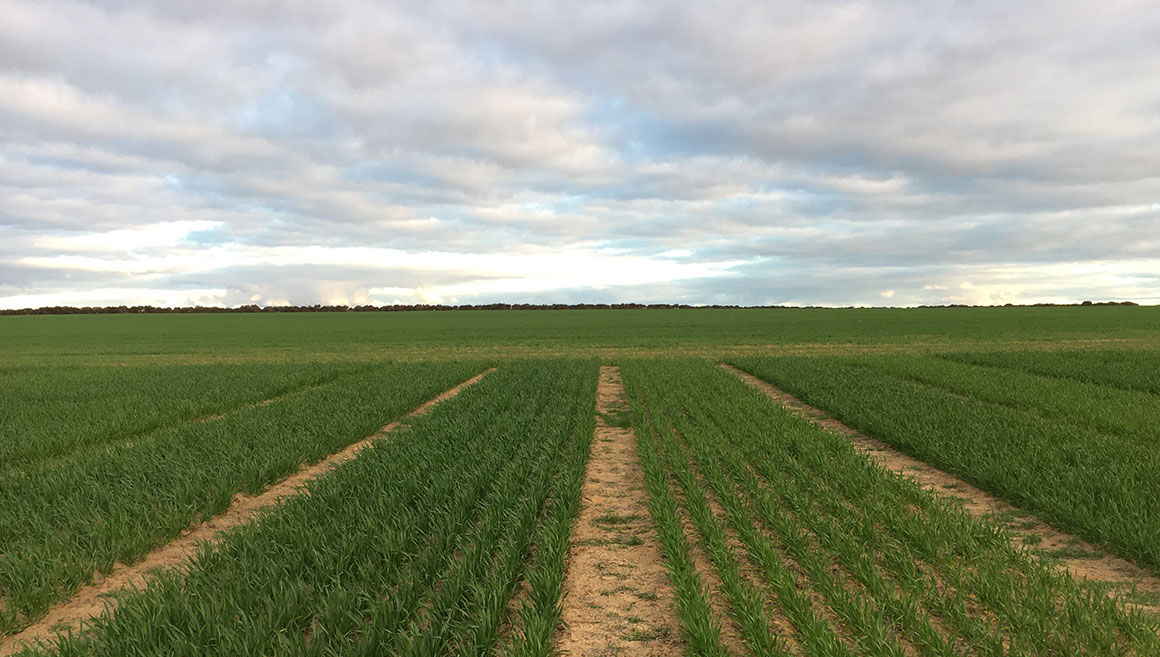 Low proteins were again a widespread observation from last year’s harvest. Low wheat protein or protein deficiency in most cases are linked to the under applications of nitrogen (N) for the given yield potential of the season. Factors such as new higher yielding wheat varieties being grown in soils with low nitrogen levels and less legumes in the rotations result in low soil supply and high crop demand. However simply applying more N is not the answer. We must make informed decisions that take into account timing of N applications, economics and risk when applying any fertiliser including N.

Timing of N applications are critical. Grain protein will only begin to increase once we have fulfilled the nitrogen requirements to achieve the higher end of the crop’s yield potential. The response curve is better represented in a graph and can help explain the relationship between nitrogen, yield and protein.

The diagram below demonstrates that with increasing N application rates we see big yield improvements (phase I) until the yield increments slow down, while at the same time the diluted protein levels pick up (phase II) until the yield and protein potential is reached (phase III). The diagram is taken from a 1990 CSBP publication, published over 20 years ago.

CSBP field trials last year backed up the yield-protein relationships. The three N trials below (Figure 2) from 2018 are a good example of typical response curves. The yield response to nitrogen is high on the early part of the curve and declines as the maximum yield potential approaches. The grain protein is low at the start of the response curve and increases with the higher N rates. The Scaddan trial is an example of how increasing N rates resulted in both yield and protein increases to just above 10.5% protein. The Carnamah and Kalannie trials still had significant yield and protein responses however given that grain proteins were less than 10% it is an indication that higher rates of N may have resulted in more yield and higher grain protein. 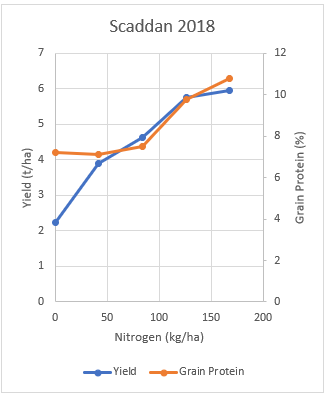 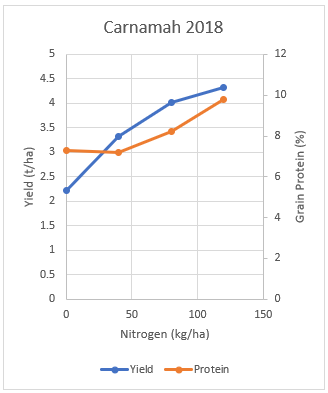 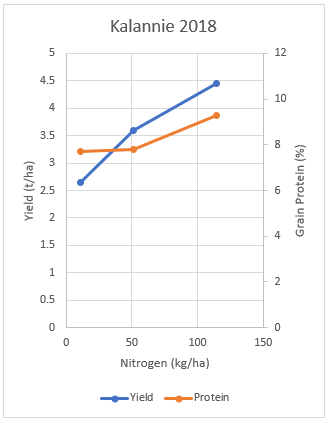 Since protein is one of the parameters that determines the grade and price of the grain it is important to not just consider yield but also protein when making economic nitrogen decisions. The grades below 10% protein are usually discounted to a greater extent than the premiums above 10.5%. This means the economic returns are greatest for applications of N up to the APW1 (10.5%) grade, because both yield increases are the greatest below and up to 10% and the price per tonne for each grade received increases. High demand for H1 (13%) and H2 (11.5%) wheat grades over the past harvest has pushed premiums to a point where profitable returns could have be made at these higher proteins even when assuming there is no further yield response.

The challenge with making N decisions is that applications need to occur in-season prior to stem elongation to be most effective. Stem elongation occurs midway to later in the year but the seasonal conditions which occur later during grain fill are known to have a large impact on the final crop yield and proteins. Nevertheless confident N decisions can still be made by having a good understanding of the crop’s yield potential and target protein while taking into account what factors may limit that crop from achieving its yield potential.

NUlogic® soil analysis can calculate the total N supply from the soil and the N required to achieve a yield and protein target at any time throughout the season. Plant testing in season can track N uptake and ensure other nutrients are non-limiting. Given yield potential is influenced by the seasonal conditions such as rainfall and time of sowing, the rate of N required can change over the course of a season. Understanding that a majority of the N application decisions need to occur before stem elongation, there will be some level of risk with the application. The decision to either apply enough for an optimistic finish or to not apply any more in a pessimistic finish season wise is up to each person’s own attitude to risk. Having good relevant information on hand to make a confident decision is important and the economics of risk and returns are part of that decision making process. Post-harvest assessments of actual grain yield, protein and water use efficiency can help evaluate the N strategies utilised throughout the season and aid in future planning.

Planning for next season's nitrogen strategies should already be under way with NUlogic® soil testing. Given the soft finish at the end of last season and the above average yields, the soil nitrogen levels are as low as they have been over the last few years. So depending upon crop rotations, focusing on what N inputs are likely to be required in 2019 will be very worthwhile. 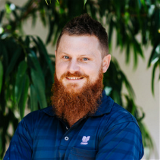 By Angus McAlpine
- Senior Account Manager
Angus McAlpine grew up on his family’s farms in Maya and at Badgingarra.

He completed a Bachelor of Agribusiness at Muresk before joining the company’s field research team and has since worked as a Trainee Area Manager, Dalwallinu Area Manager, worked as the Agronomist for the Central Midlands area and then as a Sales Support Agronomist. Angus is now a senior account manager with a keen interest in crop nutrition.