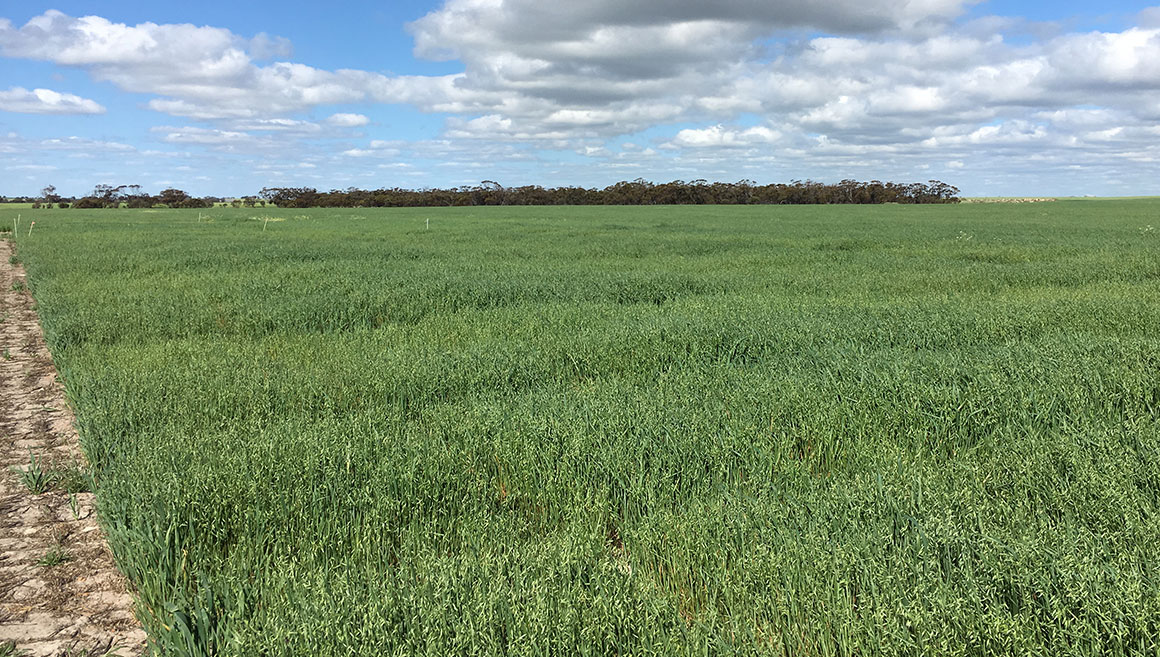 Early results from a hay trial at Yerecoin have highlighted the potential need for higher nitrogen (N) fertiliser inputs in paddocks that have been cropped intensively for hay production.

The trial was set up in a paddock with a long history of hay production to get a better understanding of how N and potassium (K) are most profitably managed.

For several years, hay grown in the paddock had been fertilised with about 100 kg/ha K-Till Extra and NKS fertilisers post seeding to supply about 50K. However, soil test results over the years have indicated that soil K reserves are declining.

Nutrient analysis of hay samples showed that potassium removal rates were about 11 kg K per tonne of hay yield.

Hay samples have been submitted to Hay Australia for analysis of the effects of fertiliser applications on feed quality. The results will be interesting.

Harvest has officially started for the trials team with the first hay cuts taken in Yerecoin last week.