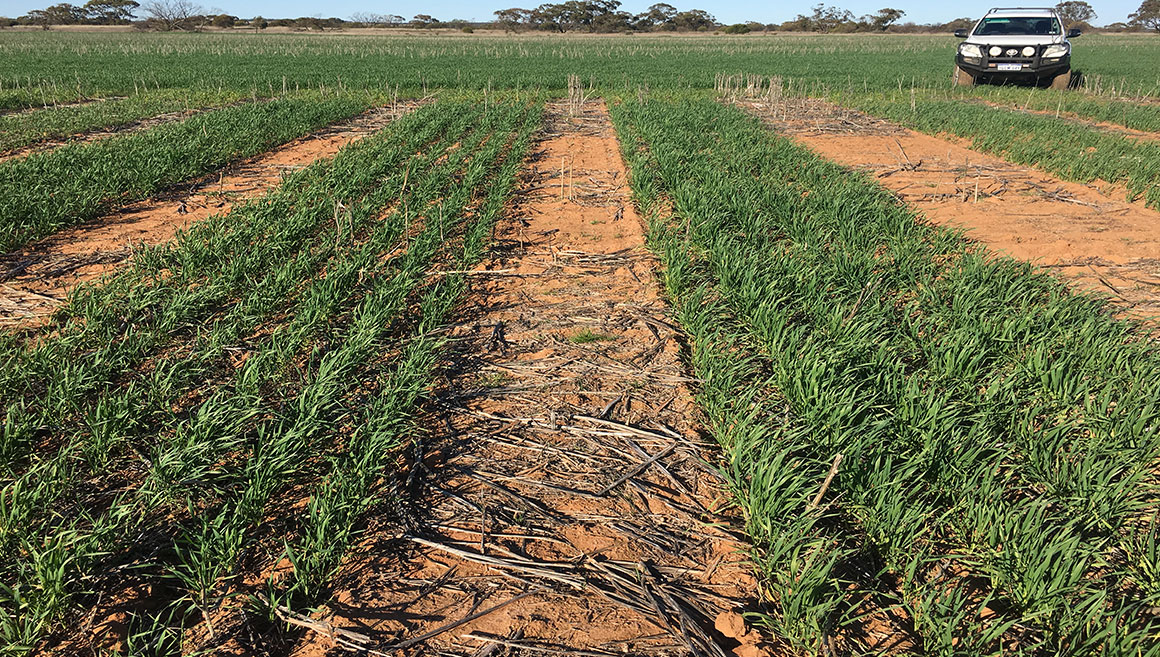 Early results from this year’s trial program are highlighting the importance of phosphorus (P) fertiliser for wheat production.

The season was dry, but there were still profitable responses.
Analysis of the economics suggests that applying somewhere in the range of 5-10 kg P/ha optimised returns considering the financial outlay in trials at Morawa, Kellerberrin, and Corrigin. Crop yields were generally between 2 - 2.5 t/ha.
Of particular interest were the results and economics from using Agras compared to MAP where matched up (at Morawa and Corrigin).
Where there was a significant yield difference it was Agras out yielding MAP. While the products gave comparable economic returns at Corrigin, applying a low rate of P (5P) with 56 kg/ha Agras was $55/ha more profitable than 22 kg/ha MAP – despite Agras being a more expensive source of P.
Similar results were found in 2018 in the only two P trials comparing Agras and MAP at Dandaragan and Trayning - Agras was $66/ha and $20/ha more profitable than MAP with 5P applied.
These results are probably related in part to a better distribution of P granules down the drill row, which would be an issue with low rates of MAP based products. Past research comparing the effectiveness of liquid NP fertilisers to granular products supports this hypothesis – the liquid products were generally more effective at lower rates of P.
In the trials comparing Agras to MAP, nitrogen (N) rates were matched up by banding urea with the MAP at seeding.
Many trials have shown better responses to banding more of our N at seeding, so we could expect Agras to perform even better against MAP based strategies if additional N is not banded and N is limiting.
Other trials have shown improved manganese (Mn) uptake with Agras and correction of sulfur (S) deficiencies – without the need for additional passes over the paddock.
While 5 – 10 kg P/ha appears to have done the job in the trials discussed, a better season could have yielded more profitable results from higher rates. We should also recognise the risk of poorer returns from N (and other inputs) if P is underapplied.
The important thing is to base P rate decisions on soil test results, and to choose products and rates that are going to give us the best return on investment.

Effect of P rates and sources on wheat yield and profit at Morawa, Corrigin and Kellerberrin in 2019, and Dandaragan and Trayning in 2018 (Economics assume November 2019 fertiliser prices (+ $35/t freight) and on-farm wheat price of $270/t).