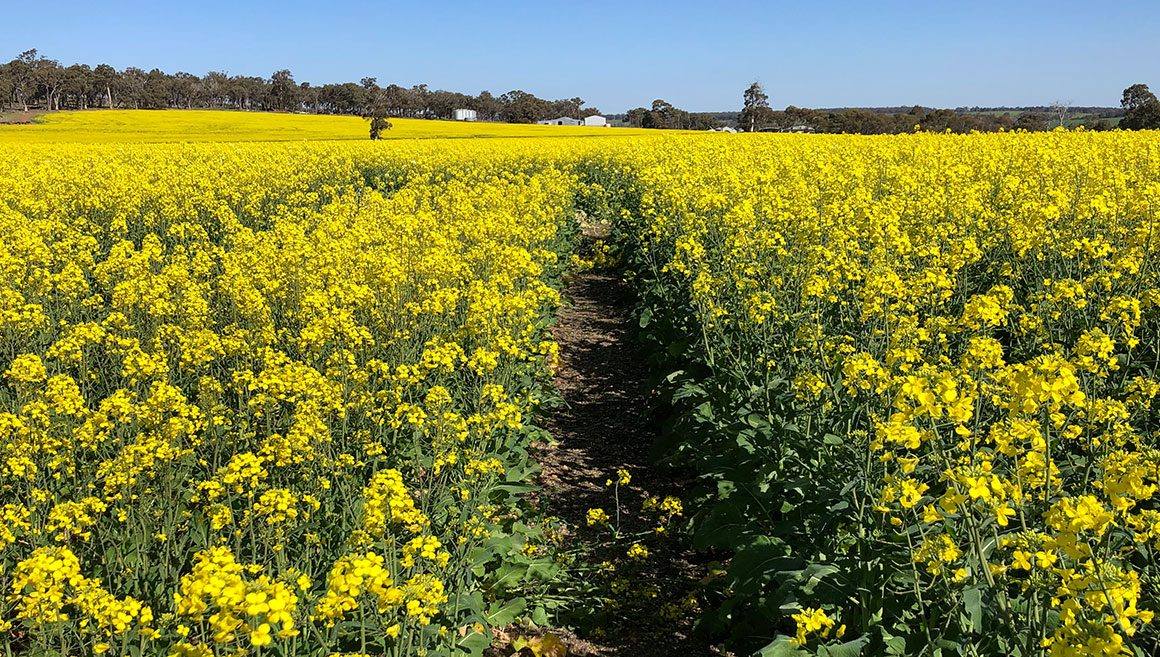 Are we applying enough nitrogen on canola?

CSBP trials in the south of the state indicate that nitrogen (N) is a major limiting factor for many canola crops – especially in high yielding hybrid varieties. And where the yield potential is very high, so is the need for N.

In 2019, six trials were set up to investigate the responsiveness of canola to high N rates and the important economics.
At four of these sites, hybrid varieties were grown: Williams (GT53 RR), Katanning (44Y27 RR), Frankland (44Y90 CL) and Munglinup (InVigor® R 5520P).
Like a lot of the state, all paddocks had been intensively cropped for many years. At Williams, yields increased from 1.8 to 2.8 t/ha with 84N supplied by 100 L/ha Flexi-N banded at seeding with another 100 L/ha applied at 6 Leaf. This represented a 400% return on investment.
At Katanning, yields from 1.9 to 2.6 t/ha with 98N applied (120 kg/ha MacroPro Extra and 50 L/ha Flexi-N banded at seeding followed by another 150 L/ha streamed on at bolting). The response to Flexi-N gave a 300% ROI.
At Frankland, we grew a 3.1 t/ha crop with just 57N, However, yields increased up to 3.8 t/ha with 183N – and without higher rates of N in the trial, we don’t know whether yields could have been higher. The response to 169N supplied by Flexi-N was a 300% return on investment (14N was supplied by 140 kg/ha MacroPro Boost banded at seeding). The profit from 183N was $100/ha more profitable than 140N.
The most responsive trial was at Munglinup, where yields kept increasing up to 211N! (from 1.5 t/ha  to 3.2 t/ha).  This was another 300% ROI from N.
The reality is a lot of N is required to grow big crops and that N has to come from somewhere.
Unfortunately, intensive cropping has run down soil N reserves, and crops have become very reliant on N fertiliser.
And N is the key to unlocking the potential of these high yielding crops (provided that other nutrients are adequately supplied).

Canola yields in response to nitrogen supplied by Flexi-N