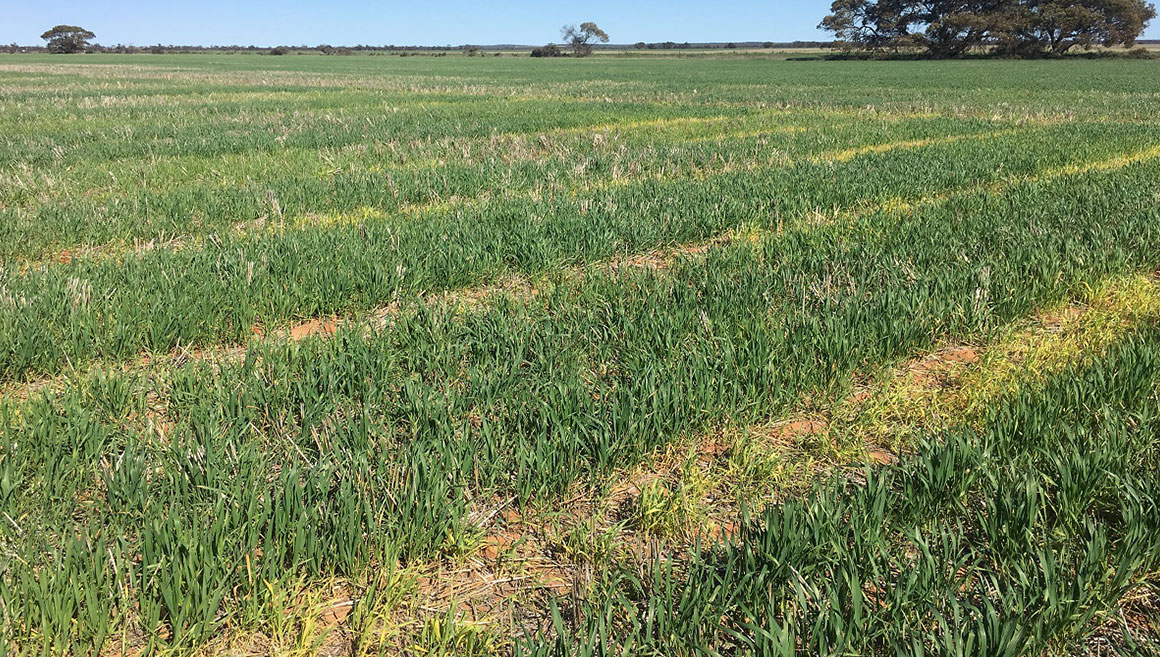 Better returns from banded N in a dry year

Dry years obviously reduce yield potential and demand for nitrogen (N) fertiliser but crops will respond if soils are deficient enough and the N strategy is effective.

This year two trials near Binnu and Carnamah showed that banding higher rates of Flexi-N at seeding could be very profitable in a dry year, and more effective than late tillering/early stem elongation applications.

At both sites, the growing season rainfall was about 150mm with most of it falling within a month of the break of the season (June 6). Both sites had a long cropping, no legumes for many years, and soil N reserves had been run down by some above-average crops.

‘Playing the Season’ can be risky without follow-up rain.

These trials showed that the risk of financial losses could be reduced by banding N at seeding.

These trials showed that, in a low rainfall environment, banding as much as 100 L/ha Flexi-N could be more profitable than playing the season.

Wheat grain yields and economics from CSBP trials at Binnu and Carnamah. 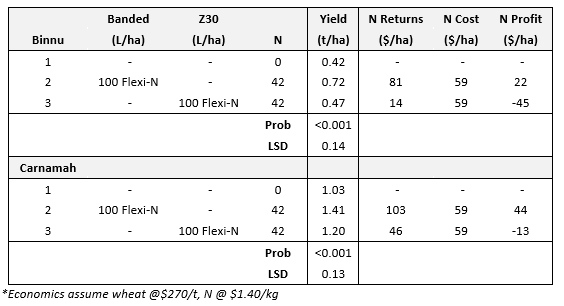