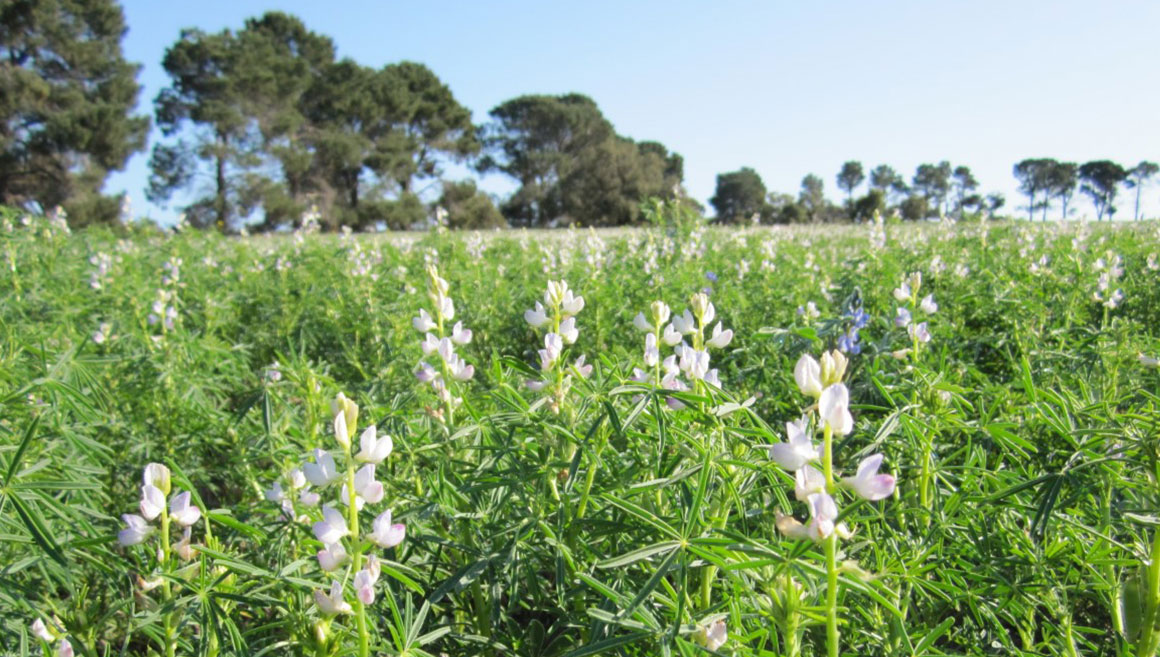 Potential effects of gypsum on lupins

If you grow lupins, be careful about using gypsum on the paddocks you grow them on.

Gypsum is a valuable ameliorant. It is often used to condition hard setting sodic soils. On lighter acidic soils it can be applied with lime to reduce the toxic effects of aluminium to sensitive crops. Gypsum is also a very useful source of sulfur - if it is needed at all.

But are we at risk of applying too much gypsum?

The photo below is an extreme example of what can happen when too much gypsum is applied to a paddock planted to lupins. I took it many years ago, and from memory, the rate used was for targeting soil sodicity to improve soil structure in other parts of the paddock that needed it. The crop to the right showed the effects. 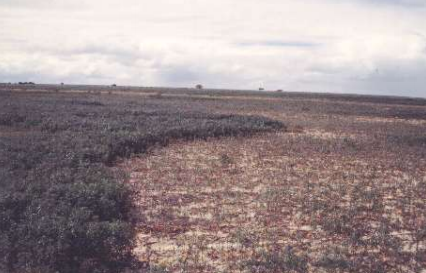 In 1989, two trials were set up in the Eastern wheat-belt by the University of Western Australia to investigate the benefits of applying gypsum with lime to ameliorate aluminium toxicity. Gypsum increased wheat yields by up to 45% in the first two growing seasons, but lupin yields in the third year were markedly lower where gypsum was applied.

CSBP studied the potential benefits of applying gypsum with lime in a trial at Bonnie Rock (2008-2016). The best yields over six wheat crops came from applying lime and gypsum together. However, in the second year of the trial, lupin growth was reduced by 20% where gypsum (1 t/ha) was applied the year before (Figure 1).

Unfortunately, the trial wasn’t worth harvesting due to the poor season.

Soil samples taken the following January showed that the gypsum applied two years earlier had doubled salt to toxic levels (for lupins) in the top 30 cm of soil.

If planning to use gypsum on soils that are not sodic, be careful - especially if lupin plantings are likely in subsequent years. There might be better alternatives.