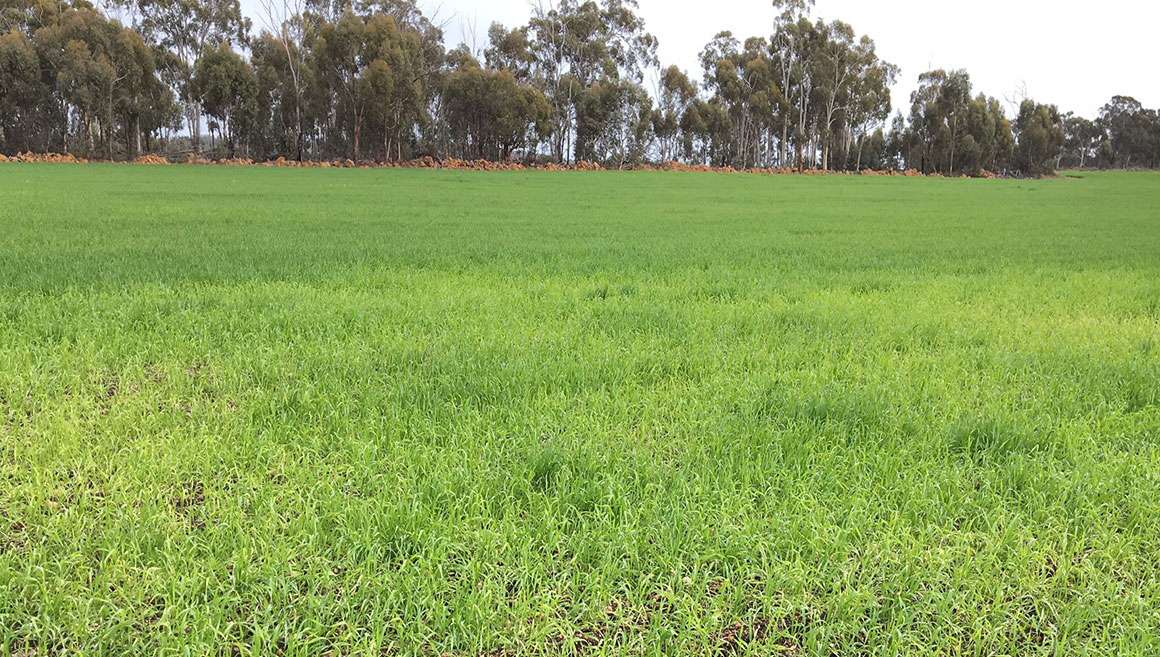 Interest in applying manganese (Mn) to crops is growing with anecdotal evidence of deficiencies increasing.

Soil and foliar applications can both be very effective, but both can be found wanting.
So, how are deficiencies best corrected?

The effectiveness of Mn fertilisers applied at seeding depends upon placement, source and the rate used.

Manganese is most effective banded in the manganese sulfate form which has been co-granulated in an acidifying fertiliser.

Manganese is immobile in the soil, so applications to the soil surface are ineffective – it needs to be banded in the root zone.

Manganese oxides are not effective as soil applications because plants have limited capacity to take up Mn in this form. Ensure the Mn being used in in the sulfate form (MnSO4).

Manganese is most available in an acid environment. An acid environment retards the conversion to the less available oxide form. It was research back in the 1980’s by the WA Department of Agriculture that led to the development of Agras Mn. In more recent times, CSBP trials have shown that the localised acidifying effects of CSBP’s products Agstar Mn, Agflow Mn, K-Till Manganese and Big Phos Mn make them very effective at supplying Mn to crops. Manganese deficiency is still possible from these sources if the rates applied are too low. Rates may need to be as high as 4 – 5 kg Mn/ha to overcome severe deficiencies.

Soil applications of liquid Mn fertilises are not effective. Carbonates are relatively insoluble, sulfates are rapidly oxidised (because the carrier, whether it be water or Flexi-N (UAN) is not acidifying), and the Mn in chelates is oxidised after being readily displaced by the iron or calcium in the soil.

Foliar Mn products can be effective, but are often not as effective as soil applications because not enough is applied, the timing is not ideal, and repeat applications are required.

For cereals, foliar applications are most effective when deficiency symptoms are first observed. Recommended rates are 1 kg Mn/ha, and follow up applications are often required 2-3 weeks later.

For lupins, foliar applications are most effective applied when the primaries are flowering, but follow up applications may also be warranted 2-3 weeks later.

Given the logistics and risks of not overcoming Mn deficiencies with foliar applications, soil applications of effective granular products should be preferred if deficiencies are widespread.

Is there Residual Value from Soil Applications of Manganese?

It depends on the soil type and crop.

On forest gravels and calcareous soils, the residual value is poor due to oxidation of the Mn applied. Therefore, where there is a need, annual applications are recommended.

In contrast, on the sandier soils where lupins are grown, there is significant residual value to following lupin crops in the rotation. This is most likely related to the ability of lupin roots to make oxidised Mn available again by secretion of organic acids. 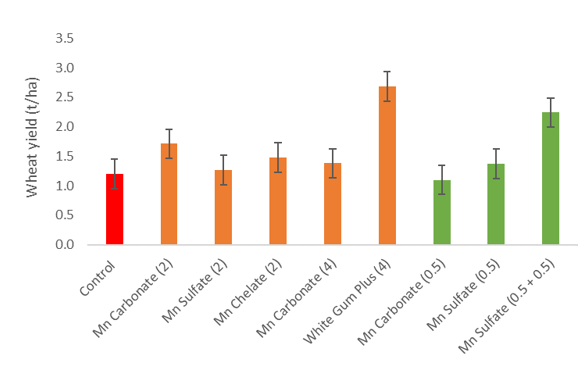 Foliar applications were at tillering (Z23), with the split application getting a second dose at the start of stem elongation (Z30). The rate of Mn applied is in brackets. White Gum Plus has been superseded by Agstar Manganese with a similar nutrient analysis.