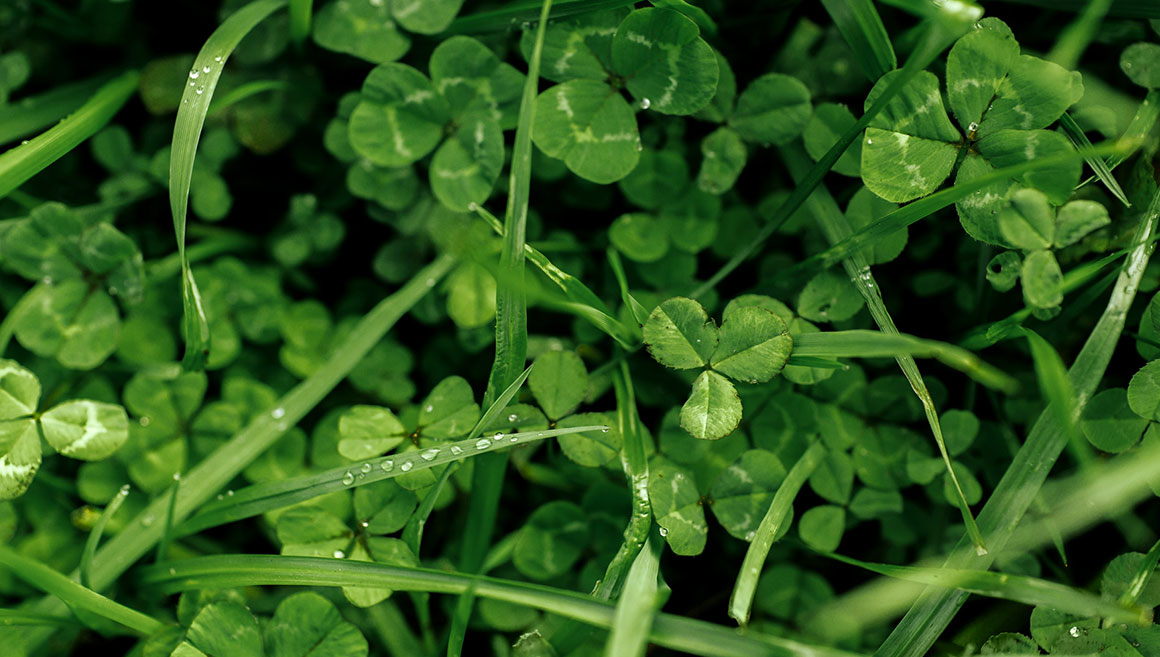 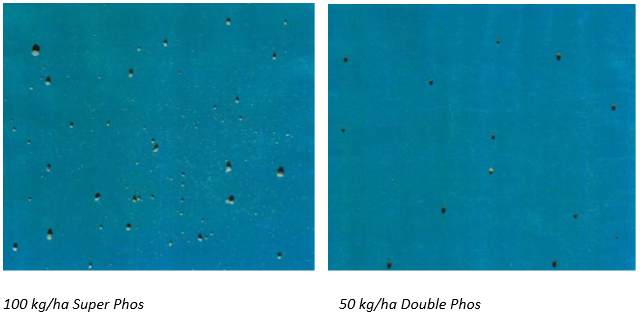 A pasture trial at Williams in 2003 showed  that Super CZM is a more effective Cu fertiliser than alternative high P analysis products that supply comparative rates of nutrients at a lower application rate.

This is most likely due to a big discrepancy between active sites/ m² (Fig. 4). This highlights that trace element efficiency is not only about rate applied but the amount of active sites that can be intercepted by plant roots.

Applying Super Phos to pastures can help reduce the incidence of sulfur deficiency. Super Phos supplies a good 1:1 ratio of phosphorus and sulfur as well as another important nutrient, calcium.

Sulfur is important for rumen function and wool production.
• Is a constituent of B-Vitamins (Biotin and Thiamin)
• Helps in protein metabolism
• Is essential in the production of Cysteine which is the major building block for wool

Sulfur is only available to plants in the sulphate form. Concentrated elemental S sources are unavailable until it is converted to sulphate S, but the reaction is too slow to meet the demands of West Australian pastures.

Figure 5. Sulphur concentrations in pasture fertilised with Superboost and Super Phos at Mogumber, 2003.

The trial at Tambellup also showed that Super Phos was a more effective S source than gypsum. Gypsum is more prone to leaching losses due to its high surface area.

It is more cost-effective to produce extra pasture with Super Phos than to pay additional handfeeding costs and lose production. This is even more so when we have decile 9 & 10 grain and fodder pricing.

At a pasture trial in Manypeaks in 2003, 200kg/ha of Super Phos not only increased the amount of feed that was produced but also improved the quality of what was produced. (Fig. 9)

Assuming liveweight lamb prices of $2.75/kg and we could utilise the additional feed that was grown, there is a potential to make an additional profit of $166/ha in only 6 weeks.

• Sulfur is critical to maximise pasture production and livestock performance. Super Phos provides balanced S inputs in a source that is plant available and less prone to leaching compared to other sulfur sources such as gypsum

• Nitrogen may be an option to grow additional feed in certain situations. If all other nutrients (P, K and S) are in balance then 25-50 kg N/ha should be applied to actively growing pastures.

Pastures can be very profitable and should be given the same respect as cropping programs. Soil and plant testing are recommended to make sure correct and profitable fertiliser recommendations are given.