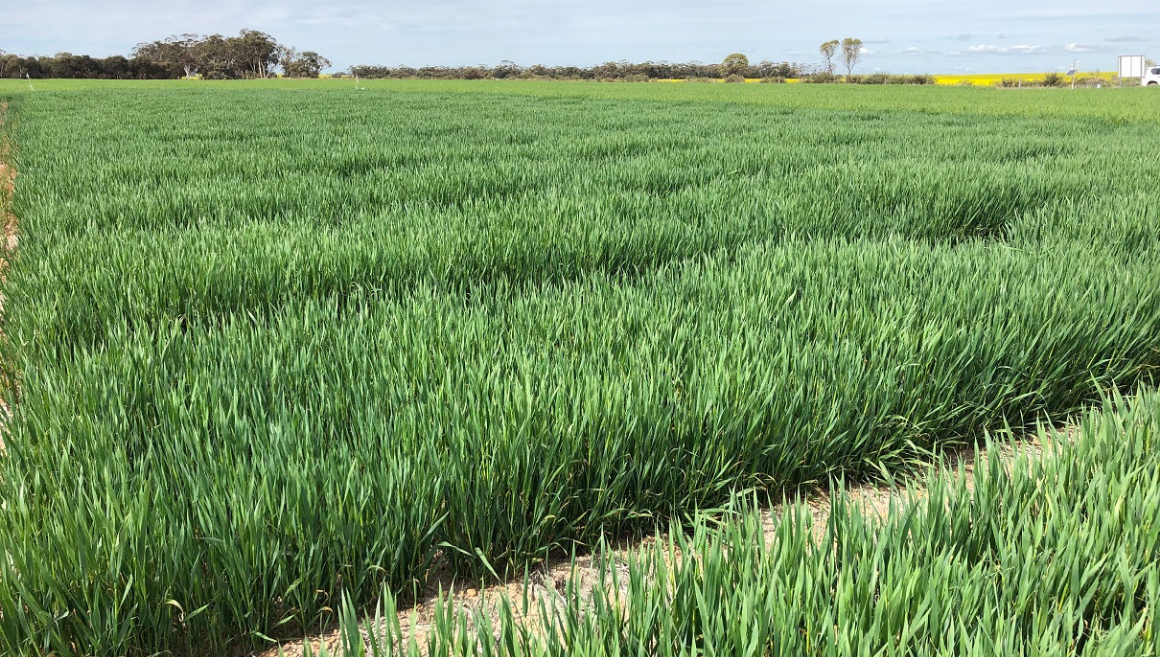 Harvest has officially started for the trials team with the first hay cuts being taken in Yerecoin last week.

The trial aims to determine the profitability of different potassium (K) fertiliser rates and strategies over four years in an intensive hay production system. The trial will be sown into oats and cut for hay each year to quantify the long term effects of higher K removal rates from growing hay.

Intensive hay production exports large quantities of nutrients off the paddock, in particular K. When K is low in the soil the response to nitrogen (N) fertilisers can be reduced so supply of K is critical to optimise returns on N fertilisers. Cutting hay removes more K than harvesting grain so higher inputs of K are required to continue to produce higher yielding crops.

Soil tests highlighted K as a concern at the Yerecoin hay trial site (with a Colwell K of 43 mg/kg in the 0-10 sample, 23 mg/kg at 10-20, 30 mg/kg at 20-30 and 50 mg/kg at 40-50). The selected treatments are designed to provide information on appropriate rates of K required to maintain an intensive hay production system as well as the effect of applying K all at once compared to distributing the same amount over multiple years to improve availability and uptake.

The continued depletion of nutrients, particularly K from the soil without adequate replenishment will eventually reduce soil K supply and decrease the productivity and quality of subsequent crops. The removal of nutrients in hay must be considered when planning fertiliser requirements following a hay crop. 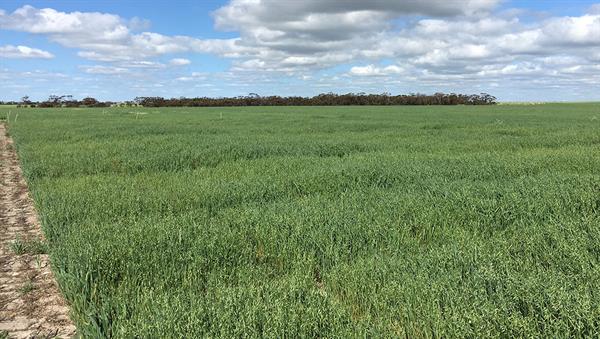