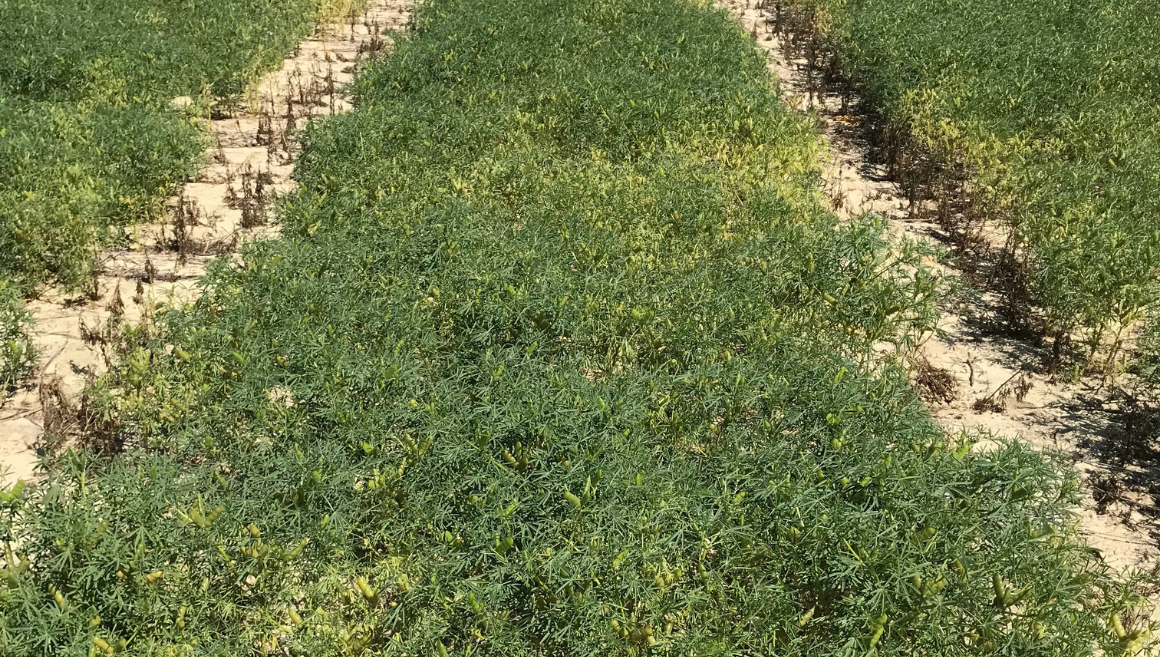 Potassium fertiliser - how long can it last?

In 2017 CSBP decided to set up a trial site at Strawberry, halfway between Dongara and Mingenew on Christmas tree sand looking at potassium fertiliser strategies for a lupin-wheat rotation.

One of the questions often posed by growers who have deeper sands that are very low for soil K to depth, what would happen if I targeted this area with a one off dump of potassium fertiliser?

To try and answer this question with some numbers, one of the treatments included in the trial was a one off application of 300 kg/ha of Muriate of Potash (150 kg/ha K) in year 1, followed by no further applications of K over the life of the trial (5 years). In 2020 we are now at year 4 of the trial.

Good soil pH, good soil P to depth, but horrible soil K levels, despite the grower using some K in his previous crops of wheat and lupins.

All four years were below average rainfall. The 300 kg/ha MOP was not applied until April 2017, thereby missing the summer rain of that year. In 2019 between 7 June and 7 July the site received over 200mm of rain. 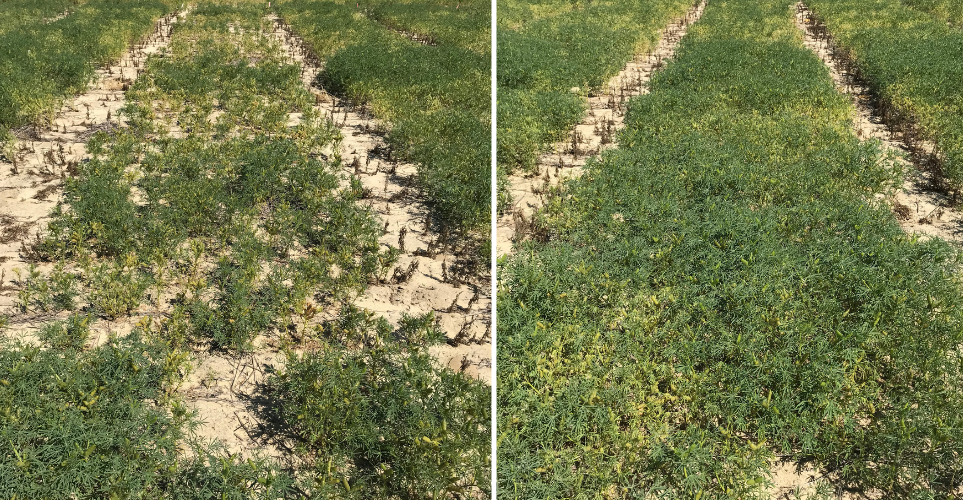 Plant Test
On August 10 all plots were sampled  for analysis of tissue K levels. Crop was at early podding.

The MOP applied in year 1 is still having a noticeable affect on the crop tissue K levels in year 4.

From the photos above we would expect that the 150 K will again out-yield the Nil K and add to the extra grain production gained.

This trial shows that the substantial rate of K applied in 2017 is still having an effect on the crop in 2020. The rainfall over the past 4 years has been below average which would limit the potential for leaching, but if this is to become the new weather norm, then maybe larger applications of K in specific areas of paddocks to break the back of the deficiency maybe feasible.

This site in 2019 did have a major leaching event with over 8 inches of rain falling in a month in the early part of the season, but the lupins are still responding to the K fertiliser in 2020. 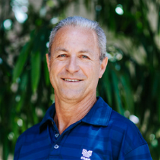 By Luigi Moreschi
- Northern Agronomist
Luigi is from a family farm at Lake King and has always had a passion for agriculture.

He is a highly respected agronomist for CSBP and has been based at Dongara for nearly 20 years. 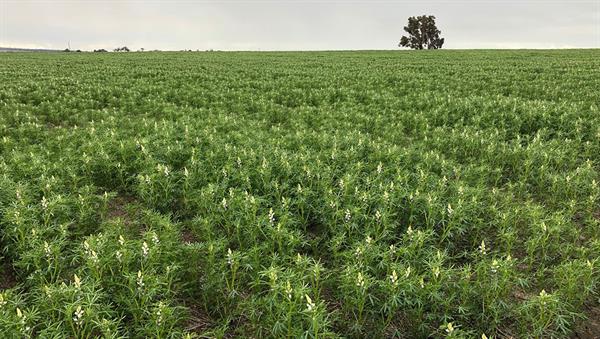 Concerns about manganese deficiency in lupins have increased with some believing the Jurien variety is more susceptible.