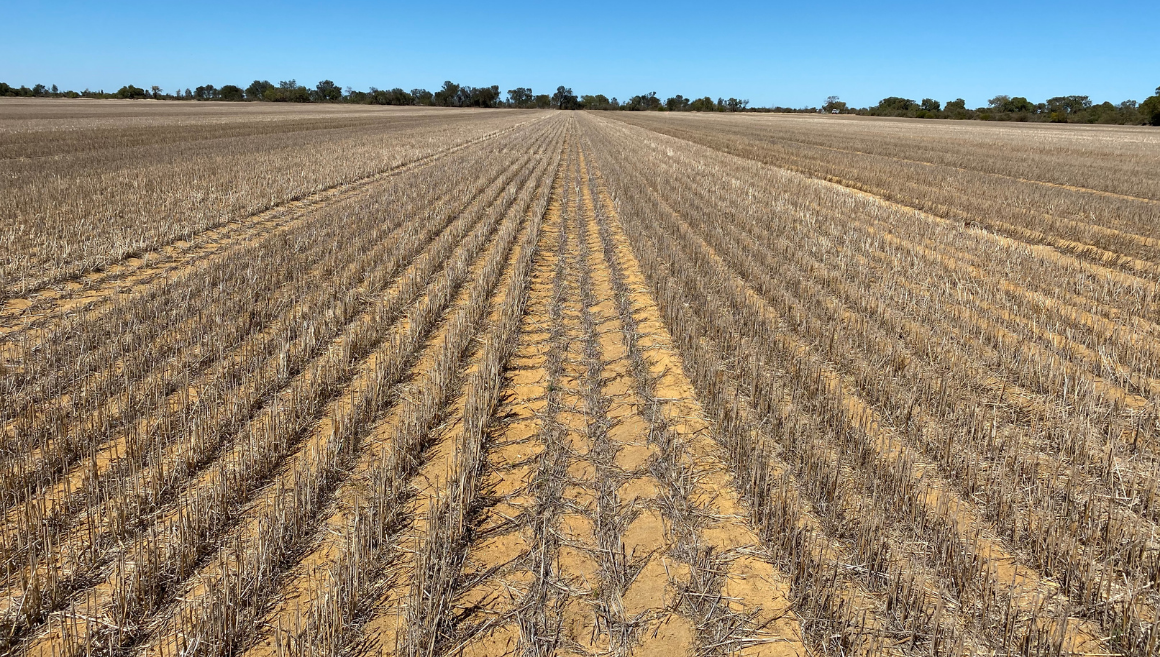 What have we done to our soils?

Ever wondered what farming and intensive cropping has done to our soils?

In Western Australia, our light country was infertile until the advent of superphosphate, trace elements and sub clover.

Farm productivity soared as the land was re-generated for agricultural purposes.
But other measures of soil fertility have been in decline.

Intensive cropping has mined organic matter, acidified the sub soil, and depleted soil reserves of potassium (K). Soils in many paddocks have become compacted and non-wetting is often a constraint.

Taking soil samples from neighbouring bush areas and doing other tests helps us appreciate how some things have changed and the constraints to productivity we face. And this is what we did at two locations on sandplain near Ogilvie and Dandaragan.

The paddock at Ogilvie was spaded after the soil samples were collected; the paddock at Dandaragan was Plozza ploughed last year.

What did we learn from the results?

At Ogilvie, organic carbon levels (0-10cm sample) in the paddock were about half of those in the bush, only 0.4% compared to 0.9%.

At Dandaragan, it was interesting to find that in the bush, we only had about 0.5%, while in the paddock we were down to 0.3%.

These low results have many ramifications including making us a lot more reliant on nitrogen fertilisers, especially without legumes in the rotation.

Soil pH
Productive agricultural systems acidify soils, and in both paddocks we have done a good job of correcting the topsoil acidity with lime (figures 1  and 2).

And while there was some evidence of improved soil pH a little deeper in the profile, the pH from 30 to 50cm was still very acidic, with the site at Dandaragan showing very high levels of exchangeable aluminium (up to 50% aluminium of the exchangeable cations).
Getting lime deeper into the soil profile is obviously a challenge.

As expected, the pH profile at both sites much healthier in the land that was never cleared.

Figure 1.  Soil pH profile at Ogilvie (0-50cm) in the paddock and neighbouring bush

Figure 2.  Soil pH profile at Dandaragan (0-50cm) in the paddock and neighbouring bush

Potassium
This was interesting.

At Ogilvie, good native potassium reserves had been mined significantly.

In the bush, the average Colwell K from 0 to 50cm was 80 mg/kg, with levels increasing with depth. In the paddock, the average was 35 mg/kg with a trend to lower levels in the profile.

At Dandaragan, soil levels were low – whether the land had been farmed or not (about 20 mg/kg down to 50 cm).

On this country, it’s likely that crops (and pastures) would have always benefitted from the application of potassium fertilisers.

The bush areas at both locations had only 3-4 mg/kg Colwell P in the topsoil, with next to nothing below. Copper and zinc were similarly low.

Fertiliser applications over the years had built up reserves, so much so that only maintenance applications are required.

Soil strength
Taking a penetrometer into the bush can certainly give one an appreciation of how much we’ve compacted our sandy soils.

Penetrometer testing in both paddock highlighted the need to break up the compaction below 30-40cm on sandplain.

Summary
There is a lot to be learnt from taking samples from deeper in the soil profile and if possible, comparing results from native bush areas.

Doing so tells a lot about the constraints to higher productivity, the potential for building carbon and what we might have to do to improve our soils.