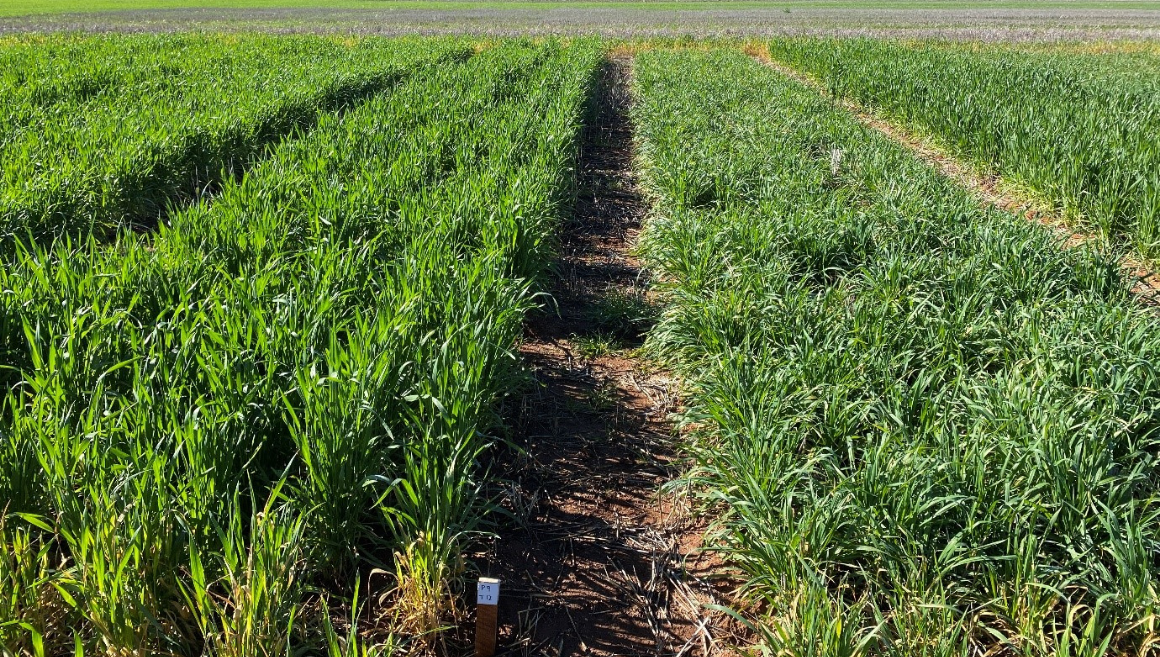 Summer and early season rainfall has prompted early sowing in many parts of the WA wheatbelt.

A CSBP trial at Dalwallinu is investigating the yield potential of three long season wheat varieties that are largely untried in the northern WA wheatbelt. Using multiple N rates on each variety (Table 1) the trial aims to provide information on the varieties, including:
• Nitrogen requirements including rate and timing.
• The different development and flowering times of each variety.
• Local grain yield and protein.

A better understanding of how long season varieties perform in the northern wheatbelt and how to manage them may encourage growers to plant them in future seasons.

Results and observations to date

Nitrogen
Nitrogen has been a key driver of early crop growth in all three varieties. Tissue tests five weeks after seeding identified marginal N status in both the 50 and 100 Flexi-N (FN) banded treatments.