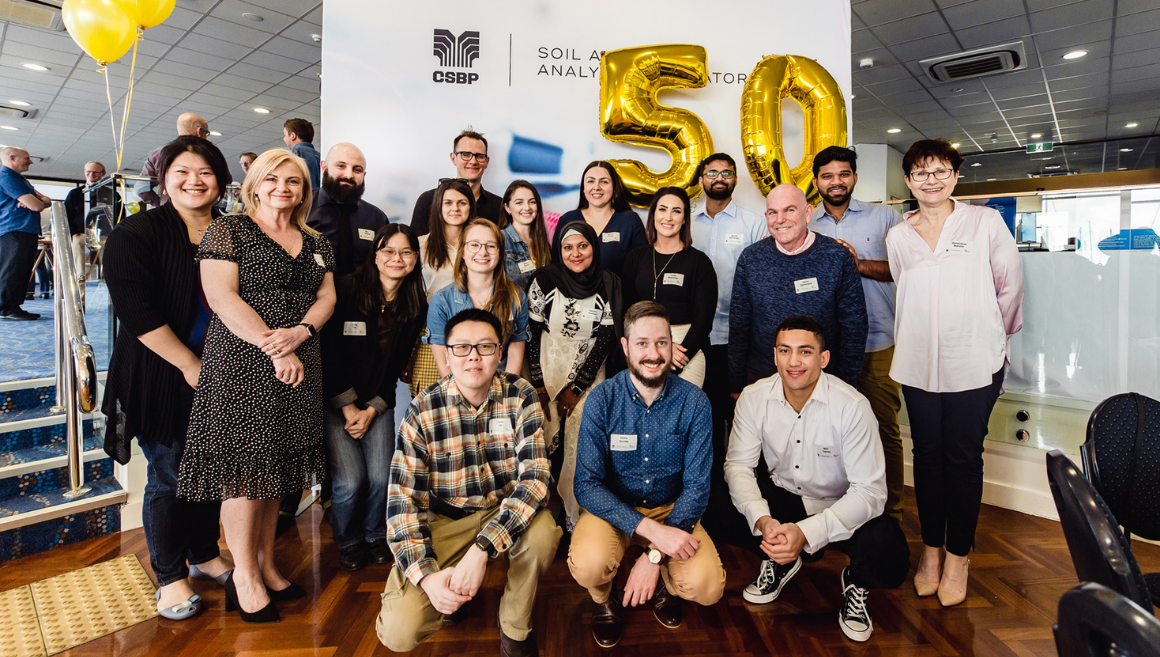 It all began a little over 50 years ago with WA farmers needing help to be more productive. An agronomist and a chemist set to work in a second hand lab and a couple of years later a new laboratory service was born.

Today, CSBP’s Soil and Plant Analysis Laboratory has grown into a globally recognised leader in soil and plant testing.

To celebrate five decades of growth and innovation, CSBP team members, along with retirees Colin Wheatley and Dr Geof Proudfoot, celebrated with a lunch at Fremantle Sailing Club on Friday 8 October.

In the late 60s, CSBP started working with CSIRO and Wesfarmers (at that time a farmers co-op) on a soil fertility research program. CSBP had a vacant lab at its recently closed Bassendean works – and in 1971 this was where the team began testing soils and plants on behalf of WA growers.

The team developed procedures for soil and plant analysis, mostly based on procedures from Adelaide University’s Waite Soil and Plant Research Institute. On farm field trials were conducted by the agronomy team and the soil and plants were analysed at the Lab. The results were then used to produce some complex curves to show how nutrient concentrations changed as plants grew, and allowed for the identification and correction of nutrient deficiencies.

CSBP Lab has been supporting growers, agronomists and researchers with their analysis requirements ever since.

A lot has changed over the last 50 years - the Lab has grown and moved a couple of times before settling at its current home in Bibra Lake, and its services have evolved along with the WA agricultural industry. The Lab has also gone digital, introducing apps and barcodes - and continues to invest in the latest technologies including robotic automation. All big improvements on the manual processes of 50 years ago.

Congratulations to the CSBP Lab and team members on their 50 year anniversary milestone.

Find out more about the CSBP Lab. 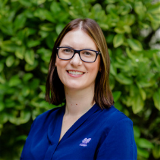 By Leanne Robinson
- Digital Marketing
Leanne has over eight years experience in marketing and has been with CSBP since 2015. She is passionate about improving customer experience and implementing new marketing solutions.