Nitrogen rates in soil a key driver of yield

Hybrid varieties have changed the way we grow canola in Western Australia.

These new varieties have enhanced chemical and disease resistance and higher yielding traits that have made canola a profitable cropping rotation for growers.

• Nitrogen rate was the driver of yield. Timing and placement had less impact.
• 101kg/N banded at seeding as Flexi-N was the most profitable strategy in both varieties.
• Banding Flexi-N at seeding did not impact seedling emergence or yield. Banding Flexi-N can assist with managing in-season logistics especially in high N demand seasons
• High yields in both controls may be explained by good early season soil moisture resulting in increased soil N mineralisation.
• Hyola 410XX out yielded Bonito TT by an average of 300kg across all rates, timings, and placements. 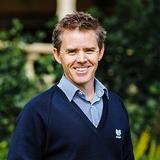 By Justin Mercy
- Field Research Manager
Since graduating from UWA in 1995 Justin has had several roles in the Agriculture industry mainly focusing on agronomy, research and product development.

Justin has been with CSBP for 6 years as the Product Manager and has recently taken on the position as Research Manager.

Justin has a wide range of experience in Agriculture and is passionate about developing new products and services to help growers increase their efficiencies.