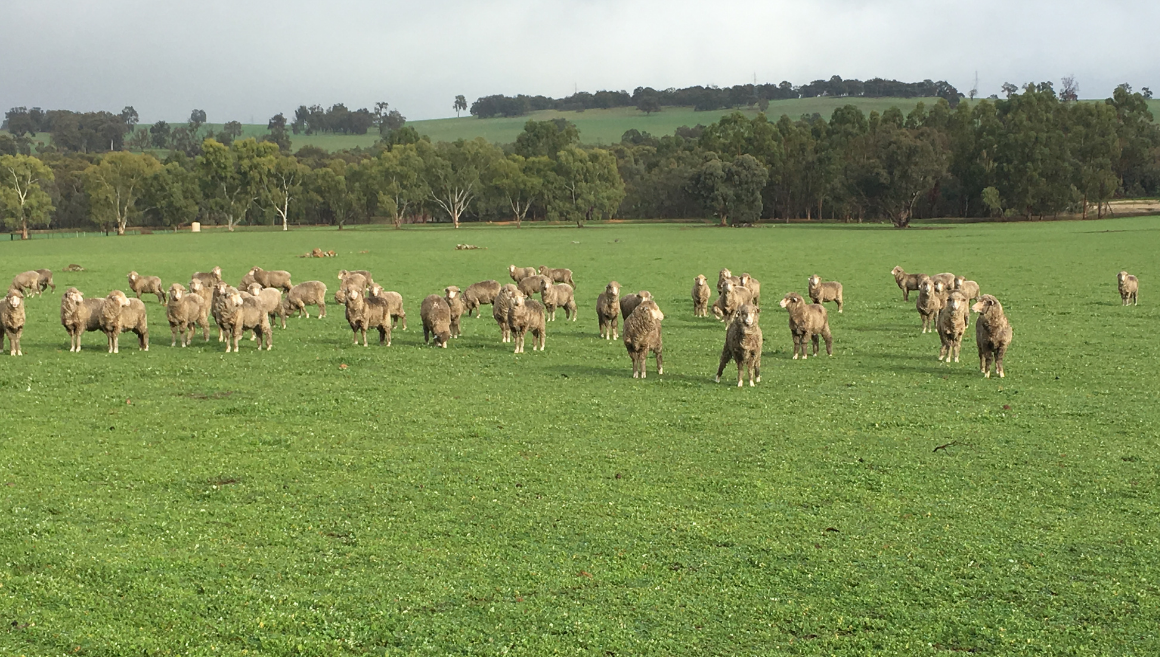 CSBP’s range of Super Phos and Super Potash fertilisers are not just a source of phosphorus (P) and potassium (K), they are also a very effective source of sulfur (S).

In pasture systems, the importance of S is often overlooked – not just for pastures but also for the sheep and cattle that graze them. Adequate dietary S is critical for healthy rumen microflora, and to turn more of what’s eaten into more product.

Sometimes, pastures need as much S as P and K, especially for the legume component – see the response from Waroona below. The strip with added S on the far right has noticeably better growth.

The form of S can also be important.

In higher rainfall areas, alternative S sources such as gypsum may not be as effective because they can leach more easily.

In the comparison below (also at Waroona), both plots received the same amount of P and S. The Super Phos was clearly more effective than the triple superphosphate (TSP) and gypsum.

The need for S was also seen in a re-sown sub. clover pasture trial near Frankland.
The trial was established to investigate the potential increases in pasture production from higher rates of P.

Fertilising with 200 kg/ha of Super Potash 3:1 was providing enough P and S, but the pasture became S deficient when TSP was substituted as the P source – as seen in the paleness of the clover below.